Yesterday I published an article return on 10 years of Fezand while writing it, I couldn’t help but wonder what the game’s creator, Phil Fish, has been up to so far.

Just to recap: Fish left the gaming industry shortly after Fez’s release, canceling Fez 2 in the process.. He then partially reappeared with independent publishing label Polytron Partners a year later, in 2014, but was again driven out by repeated harassment from GamerGate. The last we saw of it was a collaboration on the 2016 VR game SuperHypeCube.

I thought I’d drop him a line for the editorial process, then, but I didn’t expect to hear anything back. A gaming reporter is probably the last person he wants to hear from. But I was wrong and he answered, and so in a long celebration of Fez’s birthday, here’s what he said.

It may sound silly, but did you know the 10th anniversary was coming up? And if so, was it something you instinctively knew or something reminded you of? Was there a sudden memory rush or a moment when your mind flashed? Where does ‘Fès a 10 ans’ take you?

Phil Fish: I find that alarming. A decade? It’s absurd.

The five year anniversary stuff we did feels like yesterday. And after? An even higher number? !

The real plus is that the tenth anniversary of the release means fifteen years since the beginning of this adventure for me. It’s wild. The weather is crazy, man.

Do you mark in any way the 10th anniversary of Fez?

One thing that struck me playing Fez was how timeless it was, and I guess that’s something you can never measure until it’s been around for a while – like, say, a decade! For me, Fez falls into the same category as those Nintendo games – Marios and such – I remember you telling me inspired. How does it feel to hear that?

Phil Fish: It’s very flattering, but I don’t know if it’s true. It’s like I’m grilling a good steak and calling myself a steak master.

I think it owes a lot of that sense of timelessness to the games that inspired it, and the fact that pixel art is still around and has always been at this point. I don’t think it just plays as a retro/nostalgic thing. Good pixel art always comes out all the time, so it always looks contemporary.

However, I certainly didn’t expect it to have that kind of longevity. I am forever surprised by this.

Has your opinion of the game changed in the 10 years since its release? Perspective can be a powerful modifier. Maybe your opinion has changed several times since the launch. Does he have? What do you think of the game now?

Phil Fish: The more time passes, the more impressed I am with what we have managed to do. We were just kids and we had no idea what we were doing. I can’t stress enough how little knowledge we did. To be honest, I still don’t know what I’m doing.

Have you often thought of Fez over the years? Is it something that is always there, ready to surface, or has it gradually faded away? And have you – have you ever played it again?

Phil Fish: Oh, it’s definitely still there. It’s a part of me, for better or for worse. I had to replay it for testing purposes several times over the years and that was enough for me. I’m not really replaying it for fun. I’m well.

When you see it in front of you – literally or figuratively – what do you see? Do you see any imperfections or an achievement that you are rightfully proud of? And are there things you would change?

Phil Fish: A bit of both. I have some regrets. Especially things that I would like to delete. If I ever do a Director’s Cut, it will be the rare Director’s Cut with less stuff in it.

Do you have any favorite moments in the game, or favorite bits of it?

Phil Fish: I’m particularly proud of the whole intro sequence leading up to the first hub. That first act was the part of the game that saw the most revisions and ended up being the demo of the game. am not.

And of course, the soundtrack. I always thought that was the best thing about the game.

One thing I think Fez brings out in people is a kind of baffling pride: a satisfaction in knowing that they’ve solved the game’s trickiest puzzles and uncovered all of its mysteries. Just watch easily shared pictures of scribbled notebooks to see that. Were these deeper complexities always part of the plan, or were they something that started to emerge as you spent time there?

Phil Fish: From the start, we wanted to create a game full of secrets and cheat codes. The plan was always to make a game that would be talked about in the schoolyard or around the water fountain. Like I did with Zelda when I was a kid. The kind of game that would lend itself to strange urban legends and wild theories.

How far did you think the players would be willing to go? Have you ever had to hold back for fear of losing them?

Phil Fish: My benchmark for that was how far I was willing to go when I played Riven. It was the threshold. And I was ready to do a lot for this game. All of the note taking comes from my own experience doing the same with Riven. And Riven went further. D’ni was a real language, not just a substitution cipher, and at some point I was able to read and write it.

Losing people was never really a concern because of the way the game was structured. Normal cubes had to be reasonably easy to get, you could reach an end without having to learn some invented number system. But for the anti-cubes, everything was in order. If something was too difficult for regular play, that’s when the community came together to try to solve it.

The other side being: what was it like when the game launched and they took a dive? Did their reactions to the mysteries surprise you?

Phil Fish: It was a huge relief to see that people were willing to engage with this stuff. We haven’t announced any of this, so it’s not like anyone knows what they’re really getting into. It was a pleasure to see people posting pictures of their notes. What surprised us the most was how the community bully forced the monolith puzzle. The way they managed to solve it was much more interesting and satisfying than we originally anticipated. 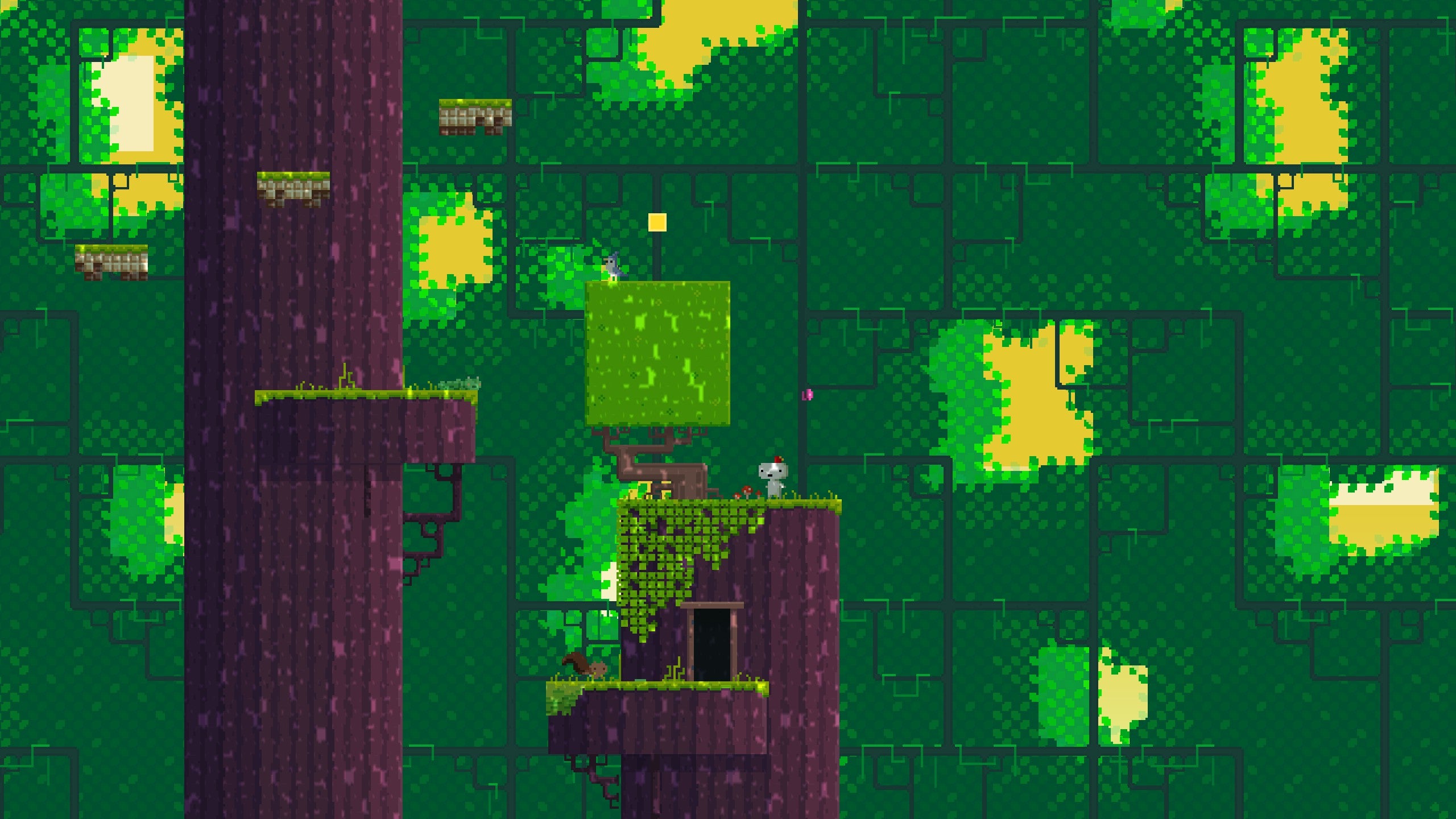 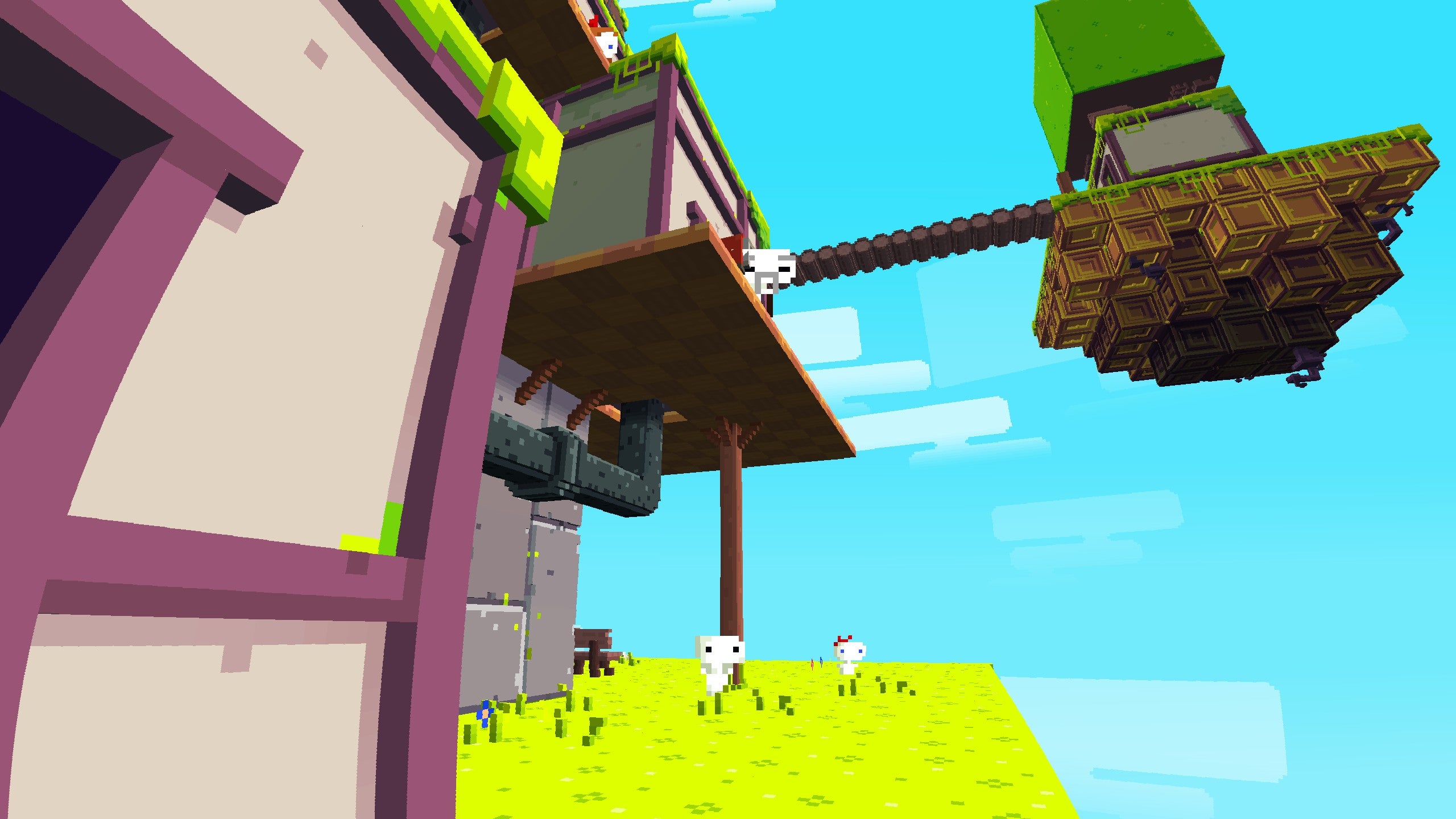 Are there any secrets yet to be discovered in Fez – Easter eggs or mysteries that people haven’t solved?

Phil Fish: I’m not sure. I don’t often keep an eye on it. But the last time I checked, there were still a few things that hadn’t really been cleared up yet. And that’s very satisfying for me. I hope it stays that way for a long time. Some of the theories people come up with are amazing, though. People have come across some truly amazing coincidences that seem like a thing, and I’m not about to confirm or deny any of them.

A lot has been said about the game’s development, but I wonder what fond memories you have of it, and have they overtaken and recolored the tapestry of events genre over time?

Phil Fish: Honestly, the development part is fuzzy. I remember pretty much only the fun and social highlights. Get our first office space. Go to [the Independent Games Festival] in 2008 and 2012, doing the conference/festival circuit, going to Sundance with the [Indie Game: The Movie] team. We used to throw big parties at the Polyplex, as we called it.

I think it’s really good that even now, 10 years later, people are still excited about the idea of ​​a Fez 2. It’s a testament to the game you made. Have you ever felt the need to go back?

Phil Fish: Yes! I just need 200 million dollars and 5000 developers for 15 years to bring my grand vision to life.

Likewise, have you ever felt the need to go back to making games? Or do you make games?

Phil Fish: I’m constantly making games and canceling every one of them before they’re even announced.