Warning: spoilers are here, at the very bottom.

Have you met Three Fingers?

Far below the sewers of Leyndell Royal Capital, off the beaten track, lies what is perhaps the most haunting tableau in Elden Ring. With Mohg dispatched, a vast subterranean catacomb is revealed and – as you roam the countless corpses within, each frozen in eternal anguish – a terrible genocidal truth is laid bare. But all this horror is only the preamble to an even greater discovery; further down is still Three Fingers and the reveal nothing in Elden Ring is quite what it seems.

So far you have struggled in your singular mission to reach a great old divine tree; all around you the legacy of a great war – scattered factions, faded alliances, fallen heroes – and beneath it all, temporally speaking, a vast tapestry of rich history spanning millennia. But suddenly, with the discovery of this subterranean blasphemy beneath Leyndell, a vast cosmic conspiracy – an eternal battle for control of The Lands Between, waged by a pantheon of unfathomable beings – becomes clear.

The dark history of nomadic merchants is repeatedly hinted at before their fate is revealed – as players who enraged one of the world’s few survivors will know.

It’s a delightful lens shift, all the more delightful given that there’s a good chance you’ll walk through Elden Ring never gazing at its outer gods, oblivious to the cosmic nightmare watching defiantly from behind the curtain. The world of The Lands Between is a staggeringly constructed, fiercely believable place convincingly fashioned from layers upon layers of visible history – there isn’t a statue, church or rock that hasn’t it feels like it has a story to tell – but the discovery of Three Fingers and its cosmic cohorts is like the lifting of the veil, tearing apart reality to reveal a secret story nestled between the observable truth of it all.

I am, I confess, a sucker for cosmic horror, and its multi-faceted offspring of the existential and the weird – if nothing else, the notion of chaos personified tinkering behind the scenes has always seemed be a far more compelling theological argument than most. But while literary cosmic horror has long escaped the rather problematic shadow of Lovecraft (this week’s recommended reading: BR Yeager’s Negative Space, Nathan Ballingrud’s Wounds, and literally anything by Thomas Ligotti), video games still struggle, I think, to represent the genre very well, or cling to the mechanics of it all – madness! – or rehashing an all-too-familiar aesthetic. Honestly, I don’t think I need to review another dark tentacle, death cult, or particular fishing village. Even FromSoftware’s masterful Bloodborne – as wittily subversive as it gets, with its gothic, creature-like feint – draws heavily on Lovecraft’s rich iconography. 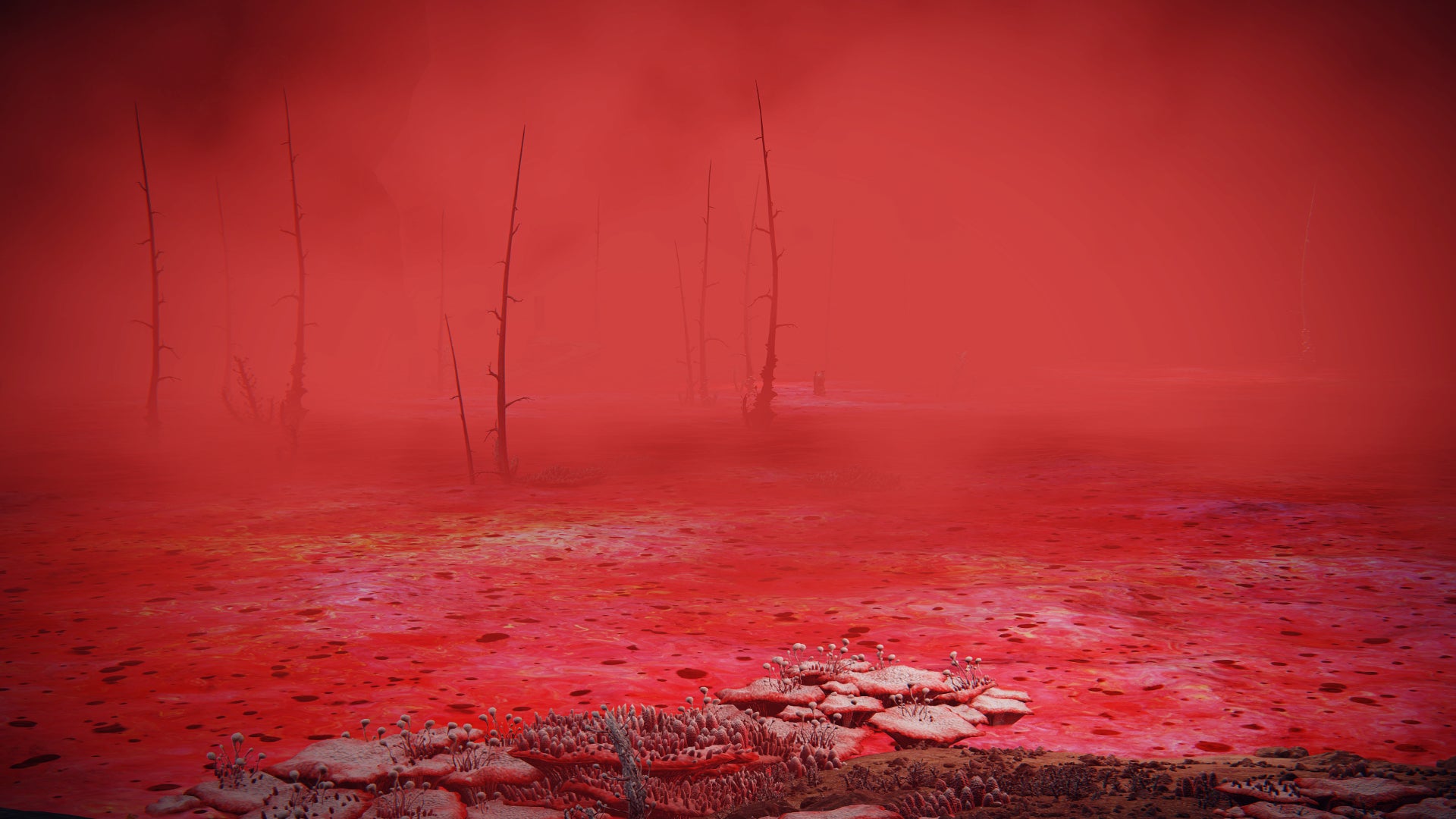 This nightmarish place is said to be formed from the divine essence of the trapped god of rot – the outer god whose presence is perhaps most visible in the Elden Ring after The Greater Will.

But The Elden Ring’s Secret History feels like FromSoftware is throwing off those shackles for another crack in cosmic horror, this time on its own terms, and it’s doing just fine. The existential revelation of the Elden Ring is not in the foreground, but glows obscenely on the periphery for the everlasting, perhaps dangerous, curious to find. Clues to the truth of things are, as they are in a FromSoftware game, sequestered among dozens of item descriptions, but evidence of the cosmic pantheon’s ongoing battle for The Lands Between lies everywhere, requiring just a change of perspective to be seen.

The Great Will is, of course, inescapable as the current victor in cosmic warfare, manifest as the ever-present Erdtree that looms over all but challengers rise; there is the insidious creep of the rot god, whose power has tainted Malenia and corrupted Caelid beyond salvation, and whispers abound of the formless mother, who is perhaps ultimately responsible for Mohg’s designs to the timeless Miquella – a dangerous prize for a god in need of a vessel – after a chance encounter under Lyndell. 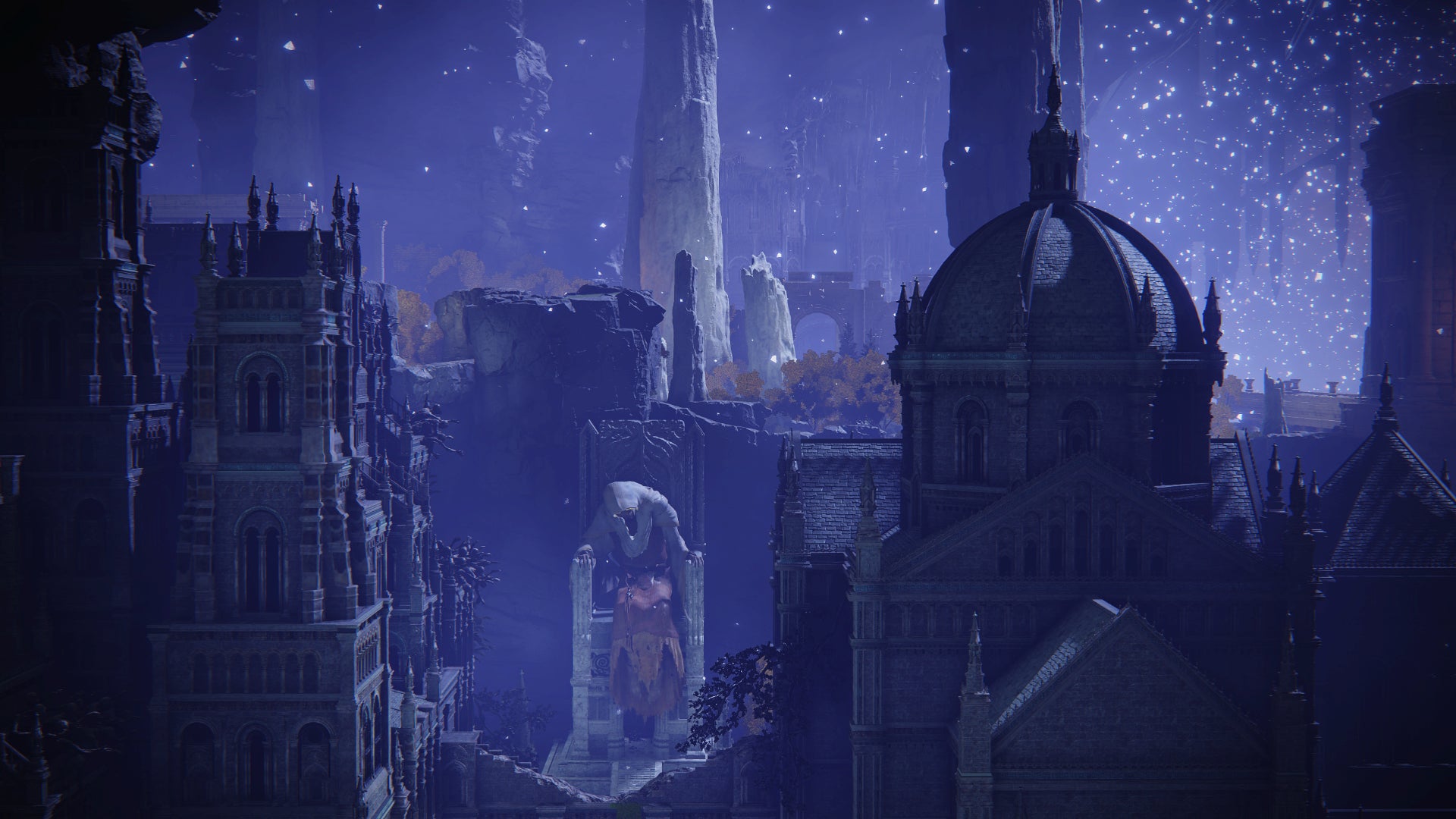 The Eternal Cities also hold other puzzling mysteries, including their association with the ghostly worshipers of the Royal Spirit of the Ancestors. As always with FromSoftware, much is left to personal interpretation.

Then there is the dreaded frenzied Flame of Chaos – inextricably linked to the fates of nomadic merchants, Yura and Hyetta – and the Dark Moon, whose blasphemous worshipers have been exiled to a life under the artificial stars of the three Eternal Underground Cities, and who may be ready to rise thanks to Ranni and his friends. And that’s not even taking into account the Lesser Gods vying to be remembered: the Blood Star, channeled by the Bearers of the Sacrificial Thorns, the One-Eyed God of Fire, and more.

In the end, it seems wonderfully appropriate, given the From genre working here, that countless numbers of people make their way to the end of the Elden Ring, bloodied and bruised, blissfully unaware of the cosmic chaos that is rage around them. And there’s, of course, more than enough to admire along the way without needing to obsess over a mysterious envoy with an unexpected extra cipher deep in Lyndell’s sewers. But in a game whose world is shaped by stories, the fact that its ultimate story is wedged almost imperceptibly between all the other stories speaks volumes about the majesty of Elden Ring.