This piece contains spoilers for God of War Ragnarok!

I’ve noticed a common theme in recent PlayStation exclusives: the addition of the dual-protagonist perspective. For example, you play as both Ratchet & Rivet in Ratchet & Clank: Rift Apart, and as Ellie and Abby in The Last Of Us Part 2. However, I think Santa Monica Studios absolutely nailed the dual-protagonist narrative in God Of War Ragnarok.

Undertaking my journey with Kratos and Atreus has filled me with joy. Their father and son relationship was my favorite aspect of the franchise reboot, alongside that addictive callback to Leviathan Ax hitting Kratos’ raised right hand.

Here, the two protagonists open up the narrative scope and allow players to follow Kratos and Atreus’ perspective and explore their relationship to the wider Norse realms and companion characters like Freya.

It makes a big difference. The player already understands Kratos’ state of mind and his thoughts on Atreus. However, as the game unfolds, the player slowly begins to uncover clues to Atreus’ growing maturity and emotional strength.

The Atreus segments give us plenty of time to spend with characters Kratos would consider enemies. Atreus’ relationship with Odin, Thor, and Thrud presents the player with valid emotional connections to antagonistic presences by turning the tables on our perceptions. It was fantastic teaming up with Thor and commanding him to cast Mjolnir to attack enemies on my behalf. I was surprised to get a more intimate view of House Thor, Sif, and Thrud, and it also reflected the fractured relationship between Kratos and Atreus. The phrase “For our children we must be better” is at the heart of Ragnarok, perfectly framed in the powerful ending to the climactic battle with Thor. Kratos uses kindness and compassion to avoid unnecessary bloodshed. Kratos finally trusts Atreus by giving him the ultimate choice on how to deal with Odin. “It’s your choice son, I trust you,” he says and Atreus makes the difficult but correct choice of empathy – to follow the path of justice rather than rage and violence. “We survived today because of your choices. Who to trust. Who to call friend. Son. You’re ready,” Kratos said. Atreus responds, “Remember our promise.” Kratos replies, “Loki will go.” With an emotional tremor, Kratos then touches his heart saying, “Atreus…stay.” The epilogue is emotionally effective as we finally get to face the colossal boss – the emotional breakthrough. Kratos finally believes that Atreus has the power to have autonomy in his life and trust. Kratos learns that without the company of Atreus, Kratos can easily fall back into the murderous monster evidenced by Heimdall’s death. Atreus ultimately makes Kratos a better God. Throughout it all, the dual-protagonist perspective allows us to follow Kratos and Atreus on their separate journeys, ultimately bringing them together, to value their unique father-son relationship.

Always here ? I couldn’t let 2022 pass without talking a bit about another PlayStation exclusive, the one that has eaten up much of my year. I want to focus on the accessibility aspects of this second PlayStation game, which is Horizon Forbidden West. (I played it on PS4 because the PS5 didn’t work for my accessibility setup.)

The plethora of accessibility settings present in Forbidden West give players control over their gameplay and the ability to align it with their abilities to ensure that enjoyment is not affected by unnecessary barriers. It’s a great start for Guerrilla, able to design Forbidden West from the start with accessibility in mind. The studio’s attempt is executed extremely well and that means more players can enjoy the amazing characters and wonderful world of Forbidden West.

Guerrilla understands that players with disabilities don’t just want an easy mode, but they want to control important aspects of gameplay, such as how much damage Aloy takes or how much damage enemies take. The main aspect of combat is to accurately tear off enemy parts for crafting purposes. However, the precision needed to do this can be difficult to achieve, as the enemies are extremely mobile.

Because of this, Forbidden West added the ability to loot those specific parts once you kill. This option was great for me as it provided a safety net when fatigue caused me to forget to tear off parts in battle. The auto-heal option removed the need to press down on the d-pad, especially useful when I made the ridiculous decision to fight a Tremortusk and two Scrappers with low-level weapons. If you assume I survived the massacre, you’d be absolutely right…if true meant false. I’m an advocate for implementing toggles, and Guerrilla has happily committed to it here as well. There are toggles for aiming, opening the weapon wheel, crafting, activating Shieldwing and Pullcaster. The crafting toggle is nifty: you can easily craft arrows or ammo in the weapon wheel by pressing X instead of holding it. During the fight, it made a huge difference in reducing fatigue and the constant and unnecessary use of muscles. This is complemented by the ability to increase the weapon wheel time slow. It doesn’t completely stop time, but slows it down enough for me to choose the right weapon, ammo type, or alt-fire.

Guerrilla added sprinting by pushing the left stick fully forward, and this option allowed me to slide (by pressing crouch) for the first time. But the smart part is that if you’re crouched and push the stick all the way forward, you don’t ruin stealth by accidentally sprinting. This option should appear in all games because swiping is useful but, more importantly, super awesome. 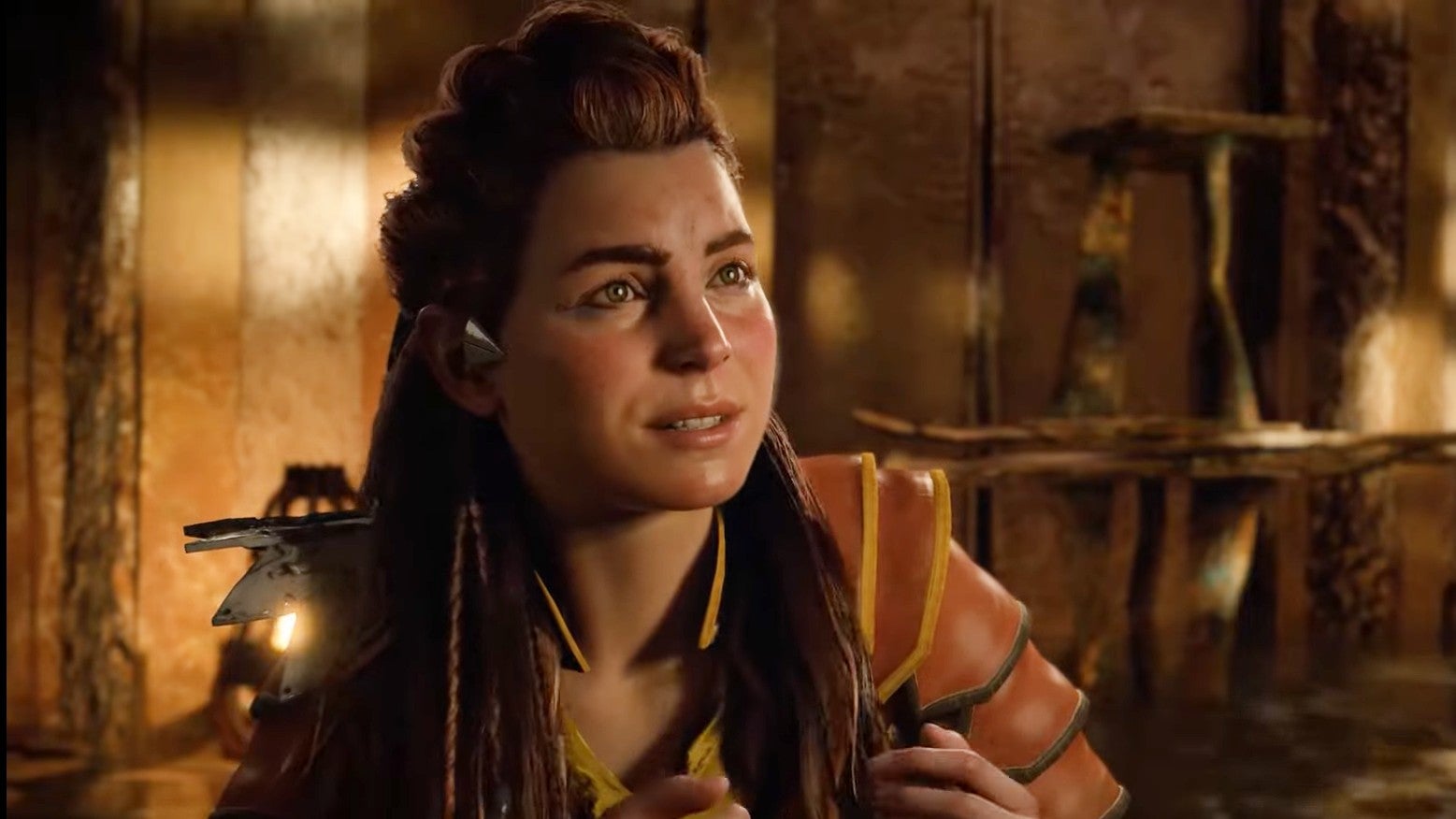 I wouldn’t say Horizon Forbidden West has the best command remapping system seen in PlayStation exclusives – Insomniac’s Spider-Man Miles Morales is still the star – but it’s not far off. It is flexible enough to change button layouts and change layouts for different contexts, such as aiming, separate joint actions, or layer actions on a button. For example, the new ability to glide using the Shieldwing can be assigned to most face buttons as it only activates after jumping. Remapping surprisingly allows you to overlay the Interact action on other buttons; I layered it on top of the dodge action, freeing up the triangle button to be used as a “use trap” button. The great thing about the “use trap” button is that if you hold it down, it accesses your backpack where you can craft traps or trade between them without using the d-pad.

The choice to assign actions when aiming is great. You need to heed your Pullcaster’s controls, to activate the essential focus mode that slows time for increased accuracy, and for the first time, your weapons have multiple unlockable alt-fire. The added option to automatically activate Focus mode when aiming makes gameplay intuitive, smooth and more immersive.

The only accessibility issue with Horizon Forbidden West is that the process of switching between three alternate shots in the weapon wheel requires the use of the d-pad. There should be an option to use the left stick or the triggers to swap. Alternate fires are essential tools in Aloy’s arsenal and switching between them is usually a choice of life or death. Beyond that, Forbidden West continues the progress we’re starting to see in accessibility. See you in 2023!