Since its release just under two weeks ago, there has been a lot of talk about God of War Ragnarök. This ranges from the question of whether or not there should be a PETA Friendly Mode included in the game, for Kratos’ atonement for his past behavior.

One thing that really struck a chord is how much help Ragnarök’s Companions provide when players are trying to solve puzzles. Many fans think it would really be better if said companions stuck to their advice for a bit longer than they ultimately want.

For example, like many others, I like to venture off the main path of the game once in a while to see if there are any hidden gems I might miss if I leave the area too soon. (It’s just standard exploration, not a sign that I have no idea what I’m doing. Honestly, it is.) At the start of the game, I drifted away from Atreus and I was quickly said I was going the False Route. “I think this wheel here must be turning,” he shouted after my receding footsteps.

Yes, thank you Atreus. I had already collected it myself, but there was also a chest there that could contain goodies that will help us improve our weapons. I’ll check – is that ok with you?

I am now several (several) hours further into Ragnarök, and yet these “clues” keep coming, with varying degrees of abruptness from those delivering them.

There were, of course, times when I got really confused and needed a little pointer on what to do next. In those moments, as with all games I play, I was grateful for the extra input from those who accompanied me.

I just wish the characters would only give me those nudges when the game is absolutely certain that I won’t be able to get from A to B on my own. When characters step in too soon to help, even with all the best intentions, I feel like it breaks my overall immersion in the game.

I appreciate that it’s a single-player game, and in general, I really enjoy the interactions with those who keep me company as we progress through the nine realms of Ragnarök. The company is pleasant, and a lot of the back-and-forth banter helps build the world around me when the gameplay is a little calmer.

Mimir can be a real backseat pilot (or should he be in the back).

There is a moment later in the game (don’t worry, I won’t spoil anything) between two characters which is really very beautiful and I felt a lot of emotion listening to them share their stories with each other. I really like a good conversation that adds to the story.

But that doesn’t mean my companions have to help out all the time outside of those conversations, especially when there really isn’t a need to rush the narrative. That lovely conversation I just mentioned – the emotions I felt as a result of that exchange were quickly expelled when my mate methodically and almost robotically began pointing out the angle of a statue I needed to adjust, acting as if he hadn’t revealed his soul to me moments earlier.

Horizon Forbidden West also fell into this trap earlier in the year. There, Aloy constantly commented on her surroundings before players even had a chance to move the camera around to take in the scenery for themselves. It broke the immersion of the moment, hearing Aloy describe something the players had no control over. Looking back now, it was perhaps even more shocking to gamers as Aloy was talking to herself, with no severed head or teenage offspring following her every move. 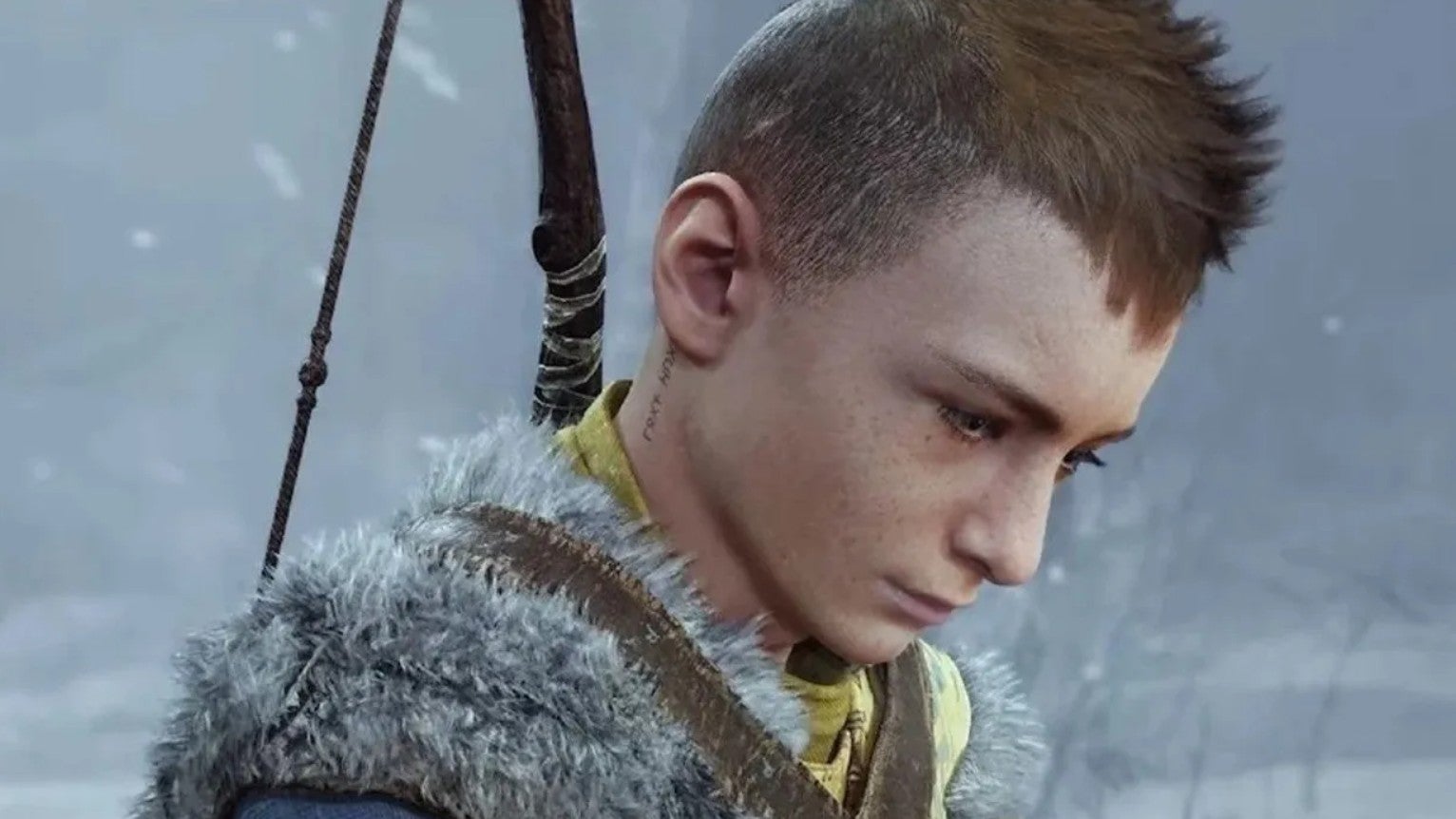 Boy, he can talk.

Ironically, the constant need for Ragnarök’s acolytes to help me out has also made things a bit harder for me at times. Sometimes my “helpful” companions have caused a problem where, in reality, there was none at all.

Let me take you back to when I was stuck for an inordinate amount of time because Atreus was staring over a crevice at a craft in the distance, constantly commenting on its levers or something.

Given his near-obsession with the mechanics that lay on the other side of that chasm, I assumed I was supposed to do something that would allow us to navigate our way there.

I found myself searching for ages in this area, but nothing jumped out at me as a solution to what I assumed was another puzzle. I threw my ax at every overhang. I ignited my blades in an attempt to burn all the foliage. Tried to climb all vertical surfaces. But nothing was working. So far, the whole area had been pretty straightforward, and yet, suddenly, I was totally puzzled, with my in-game son making me feel like I was missing the wood for the trees.

Eventually, in my frustration, I pulled away from the ravine (I don’t know why, but that word still makes me laugh) Atreus seemed determined to catch my eye and retrace my steps. And, whatever you know, a little way back on a different path, there was a cart we had to pass that I missed the first time. It turned out that was the path we needed to go, and once I moved the cart out of the way, Kratos continued, acting like Atreaus hadn’t just tried to send him over the edge. a ravine a few seconds earlier. .

Many hours have passed since that moment, and I still have no idea what the craft was on the other side of that ravine. Did I accidentally trigger a dialogue intended for later in the game? Does this mean that Atreus was solving puzzles that I was not yet equipped for? Who can say. Either way, it definitely took up a lot of my playtime. 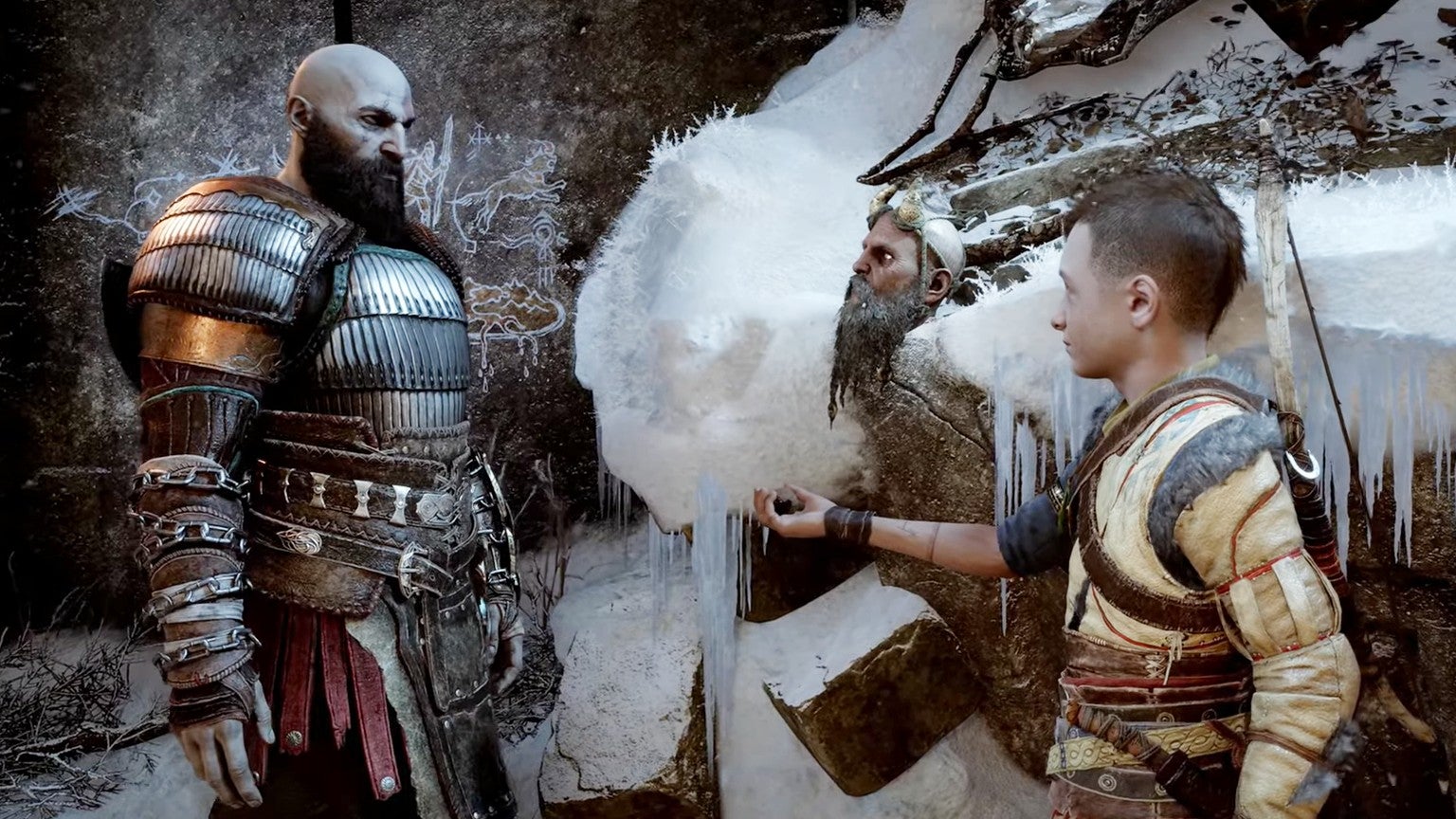 Don’t get me wrong, I absolutely agree with anything that makes a game more accessible to as many players as possible. The industry in general has made great strides in this regard, and God of War Ragnarök has a gloriously comprehensive catalog of options to curate a gaming experience that meets a myriad of individual needs. So maybe I’m being a little too hard on Ragnarök right now.

But I just wish that out of all the other accessibility options included in this game (and there’s even a “sync puzzles” option to give you more time to complete the game’s timed puzzles) there was a any slider to adjust how much advice companions give and how quickly they decide to give it.