The Witcher 3 next-gen update arrives on December 14, finally giving the game a proper release on PS5, Series X, and Series S. And also, it enhances the PC version with a suite of long-awaited upgrades, including support for ray tracing. Seven years after the original release, after multiple expansions and a successful Netflix adaptation, this update is the perfect opportunity to create an ultimate release for longtime fans and newcomers alike. And I’m happy to report that after flying to developer CDPR’s offices in Warsaw last week to get hands-on with the PS5 and Series X versions, this revitalized release seems to be living up to that promise very well.

Although we weren’t allowed to capture directly from the event, we did receive footage of the first 15 minutes of the new update running on PS5 and Series X, in their performance and RT modes – more than enough for a preview before a full breakdown closer to release. As always with preview capture, it’s worth pointing out that this is all still being optimized and the final version can be further improved.

Still, The Witcher 3 on PS5 and Series X impressed hugely in the four hours we played it – and not just in the visual upgrades, which include reworked foliage, 4K textures and higher quality models. There are also significant live quality improvements, such as an overhauled camera and faster controls for using signs, magic spells from the Witcher universe. All told, the game definitely looks and plays better than ever.

Here’s the full breakdown of our PS5 and Series X hands-on testing. How did this update come about? A bit of backstory here: in 2021 developer Saber Interactive started working on refactoring the engine to have RT capabilities and reworked foliage and characters to allow for 4K textures – among other changes. However, it looks like CDPR took over development duties in early 2022, moving Cyberpunk’s graphic designers to this next-gen update and finishing what Saber started. They also added many quality of life fixes including the reworked camera.

As mentioned, the PS5 and Series X versions of the game offer a 60fps performance mode and a 30fps ray tracing mode, each using AMD’s FSR 2.1 upscaling to produce 4K output with a dynamic resolution scaling. FSR 2.1 also takes over the anti-aliasing features of the older FXAA and TAA options, providing a much more stable image.

So how do these two modes hold up in practice? From the 30fps ray tracing mode, we see two forms of ray tracing enabled: Global Illumination and Ambient Occlusion. The former allows lighting to realistically bounce between surfaces, shading and coloring corners of the world, while the latter ensures objects are better grounded in their surroundings with more believable shading. Together, the effects have a transformative effect on many scenes, especially those indoors or otherwise indirectly lit.

The comparisons we can show around White orchard don’t do full justice to the changes in truth, but while playing the game on PS5 and Series XI I found substantial differences at times. No doubt we will have the opportunity to show more convincing scenarios beyond the first 15 minutes, especially our favorite test areas like Novigrad City and Crookback Bog.

PC users also have something to celebrate here. A high-end machine will benefit from two additional RT features – highlights and shadows, completing the quartet of best-known RT effects. Even premium consoles don’t have enough GPU horsepower to enable all four simultaneously, so CDPR picked the two options that offered the best value, so to speak – a smart choice, given that the Witcher’s environment isn’t exactly filled with wet streets or glass-covered buildings that show off the RT reflections so well in Cyberpunk.

Even without RT reflections on the console, the 30fps mode has enough GPU headroom to enable heavily reworked Screen Space Reflections (SSR), providing high resolution reflections that are also present on a wider range of surfaces, from puddles of water in Novigrad to the metallic elements of armor.

If you prefer the responsive 60fps performance mode is a great alternative available for PS5 and Series X. Regardless of the mode, you still get the 4K foliage and texture improvements – the only aspect lost here is so the radius-tracing functions. And while One X already had a (admittedly unstable) 60fps version, PlayStation users have until now been limited to 30fps even on PS5, due to a reliance on PS4 Pro code, making it a more revealing upgrade.

Performance looked good in our tests, with only a handful of drops below 60 fps evident in the frames provided, although by eye sight downtown Novigrad appears to drop more frames. This area was historically the hardest part of the game in terms of performance – and the basis for our Witcher GPU benchmarks on PC – so it will be fascinating to see how new consoles and graphics cards handle the next-gen version. 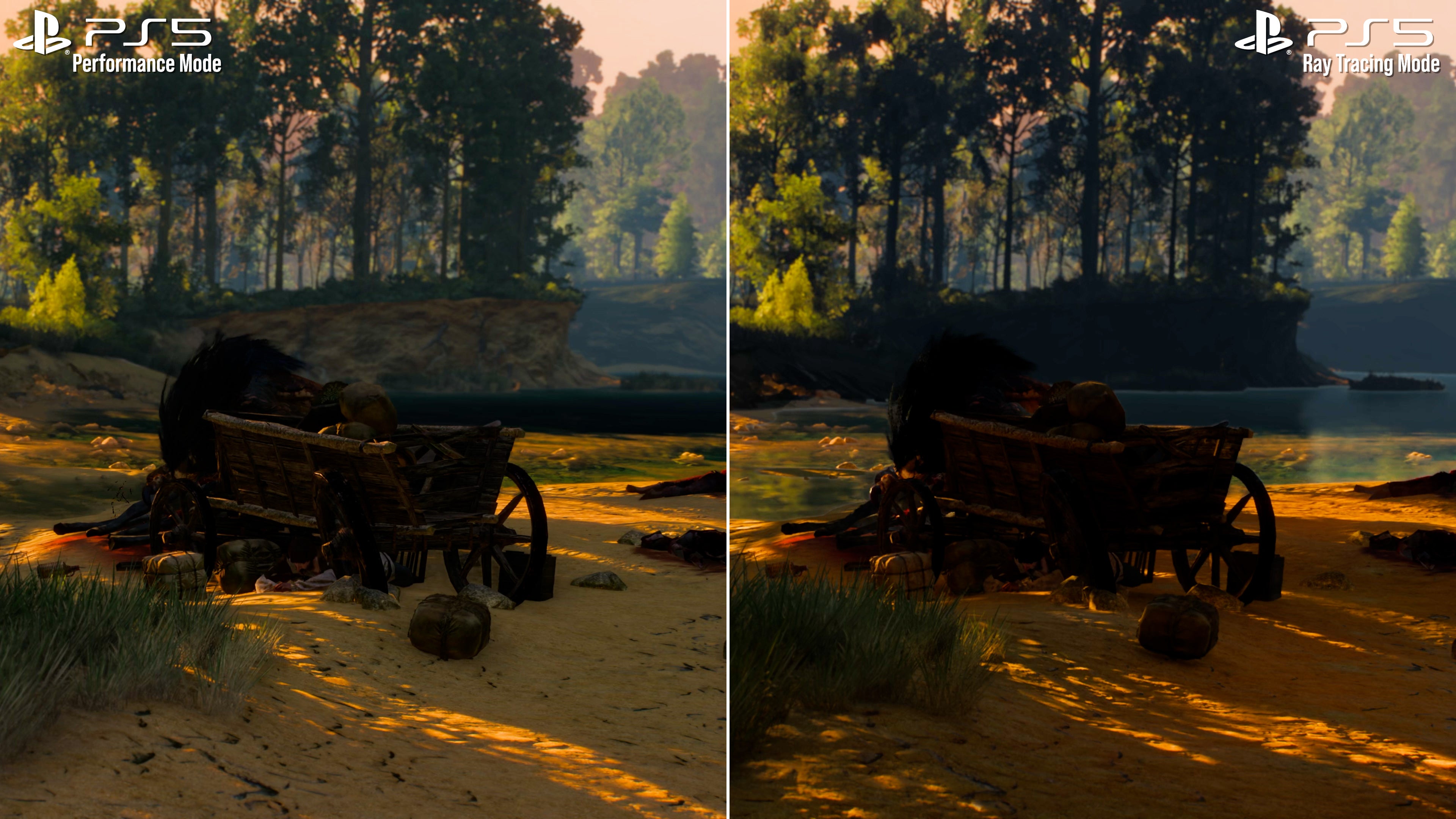 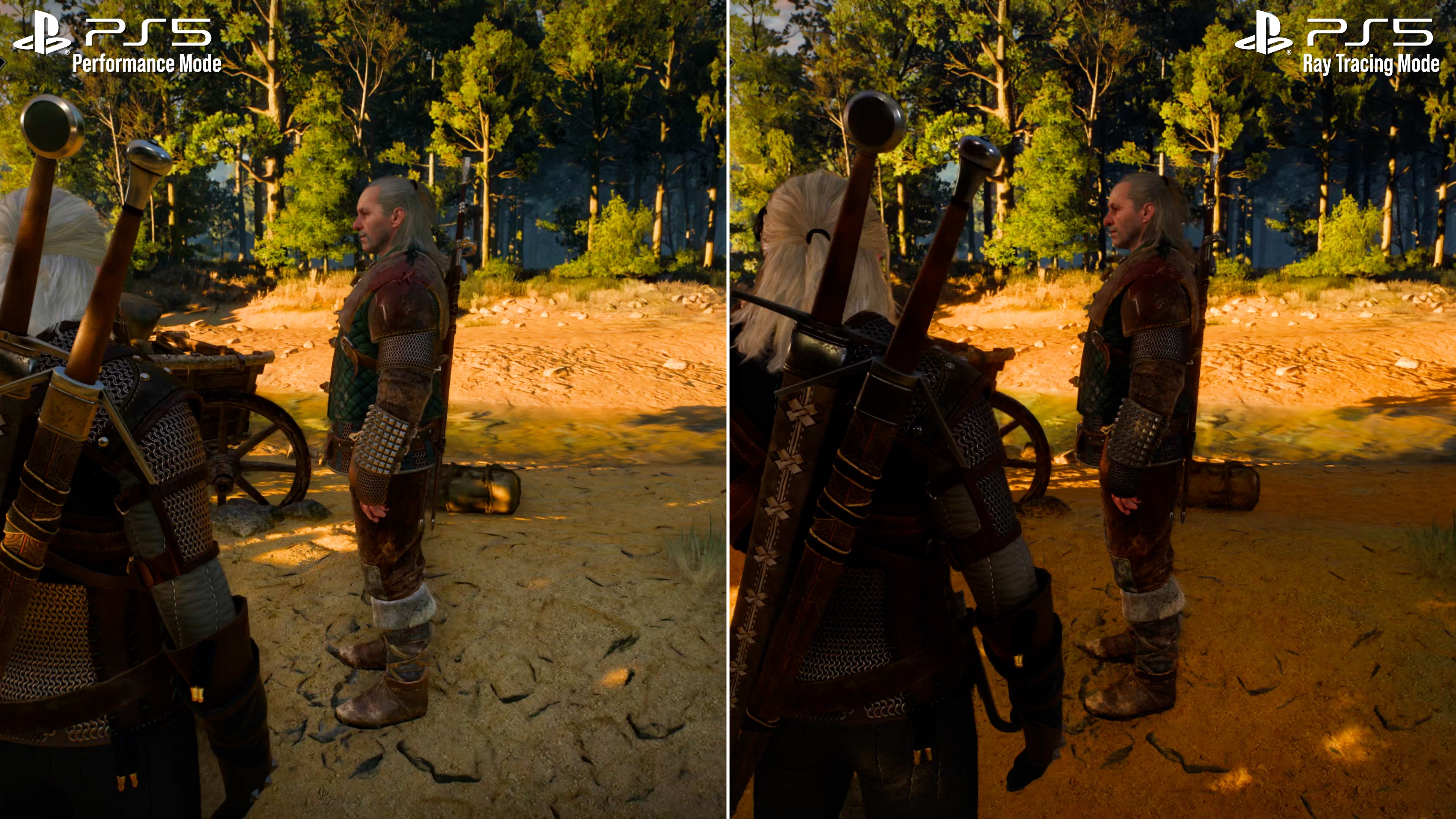 Both modes offer a more responsive 60fps mode, or a 30fps mode with RT.

Interestingly, I’m told the PC is getting a new graphics preset for many settings, called Ultra Plus, which allows for even longer draw distances and denser grass, which could make The Witcher 3 a contender for our GPU test suite even in 2023.

Beyond the graphical upgrades, there are a myriad of other quality-of-life changes and improvements: new weather conditions, more detailed shadows in gameplay, a new camera, a new system for throwing signs, map filters, faster looting of herbs and content to the Witcher TV show. It’s also worth mentioning that the last-gen versions of the game on PS4, Xbox One, and Switch are also set to get the quality of life changes (without the new camera, due to its impact on performance) and TV content. , which is a nice move. 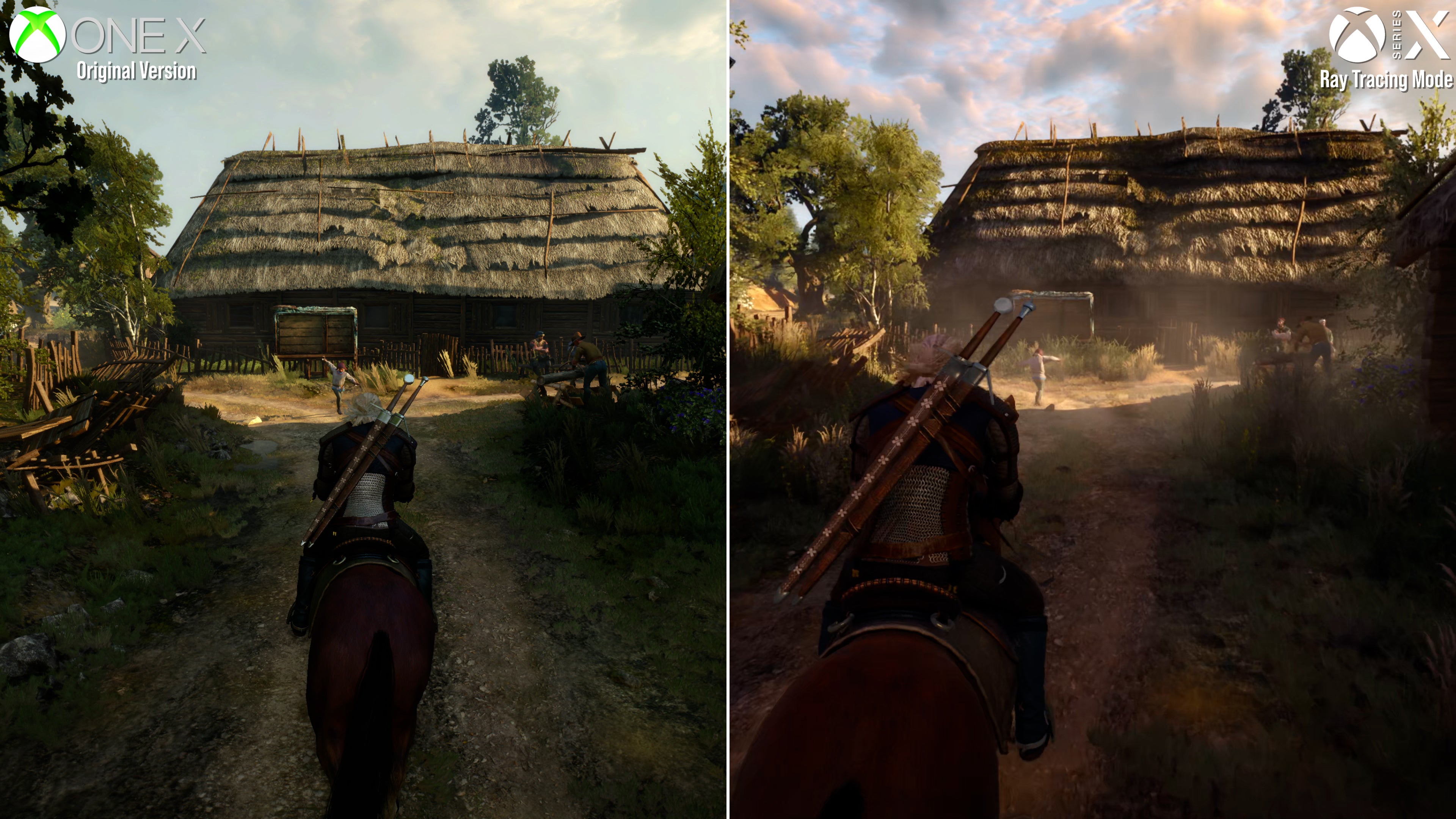 All this is just a taste of what awaits you. From what we’ve seen so far, the PS5 and Series X are delivering an almost identical delivery of the next-gen update, but we can’t wait to test out the Series S version that wasn’t. available during our session. We know there are 60fps performance and 30fps quality modes on the little white console, with the latter mode offering higher resolution but no RT.

The next-gen update is certainly shaping up to be one of the most comprehensive free game upgrades in recent memory. This is also the last time CDPR plans to use the Witcher Engine, with the studio moving to Unreal Engine 5 for future releases. So it’s a landmark release in many ways – and a fitting conclusion to a game that remains arguably CDPR’s finest work.