Roll7 mixes genres with total mastery in Rollerdrome, one of the most breathtakingly stylish and flippant and outrageously cool games you’ll ever play.

Is it possible to quantify cool? Roll7’s latest skatemaster rollerdrome certainly thinks so. Skating games have always had scores and always had that essential breezy nonchalance at their core, but Rollerdrome feels like the first to really make the chill so explicit. This is a game where, locked in a series of retro-future coliseums, you string together elaborate roller-skating tricks while dodging rockets, dodging batons, and hammering shotgun pellets into anti-blast shields. – riots in slow motion. Coolness is something that evaporates as soon as you say it out loud, so of course it’s never mentioned, but the end-of-inning score couldn’t be for anything else.

Grade me as a square, though, because I’m pretty terrible at the Rollerdrome, despite his efforts to convince me otherwise. Your job, as rookie Kara Hassan, the rookie underdog in a niche bloodsport taking off in the ominous, not-distant 2030s, is to sweep the tournament and put a villainous rival in her place. There is a nice frame there. Between stages, Rollerdrome transforms into a miniature narrative game. You’ll have a little time here and there to wander around a small area – a changing room, a radio station, etc. – twisting and pulling the threads of a global story. It’s simple, if not subtle: in the near future, like Britain, corruption seeps in alongside privatization, a brief, pleasingly gallows-inspired allegory that fits well with your goal of winning that sinister tournament but, more importantly, adds the tangy bite of anti-facsism to a game that’s already bristling with style.

Style is, ultimately, everything in Rollerdrome. At times it looks like some kind of coffee table playable magazine, doused in wonderful full-screen splashes of color about victory and death – colors, like a tangy, mustard yellow and a rich red and blood orange, that you know a designer tinkered for hours to get just right – animated in pristine Moebius-style comic strip, Hassan dressed in an Eddie-the-Eagle piece and a retro twin-striped moped helmet. I feel like I’ve seen Rollerdrome before – somewhere just off Carnaby Street, probably, sandwiched between a graphics company and a 70s mod shop.

Rollerdrome feels criminally under-commercialized. Here is its initial trailer though – watch it now.

I mean that in the nicest way possible, though. Rollerdrome is outrageously attractive. A level above – and it merges dramatically with how you actually play it. Roll7’s goal – as the studio has explicitly stated before – is to put you in a state of flux with its games, a delight in OlliOlli that evolved into a magic-zen killing mode in Rollerdrome. You’ve got four weapons here, starting with a pair of dual pistols before branching out as you progress to a shotgun, grenade launcher, and a lavish sort of bouncing long-range laser crossbow. the bolts on the walls. They are an example of Rollerdrome’s often flawless design.

Each of them, for example, is built around timing – or not so much timing as rhythm. Aiming is, cleverly, automatic, using a lock-on system that targets the enemy closest to your crosshairs and within range, while the left trigger slows down time and brings the rhythmic elements of weapons into play. The shotgun, for example, does extra damage when you time your shots in a narrow window, like Gears of War’s old “active reload”, but instead actively kills you. The crossbow charges up to one of two levels. Dual guns, on the other hand, seem to shake slugs a little faster when you manually pull the trigger rather than holding it. 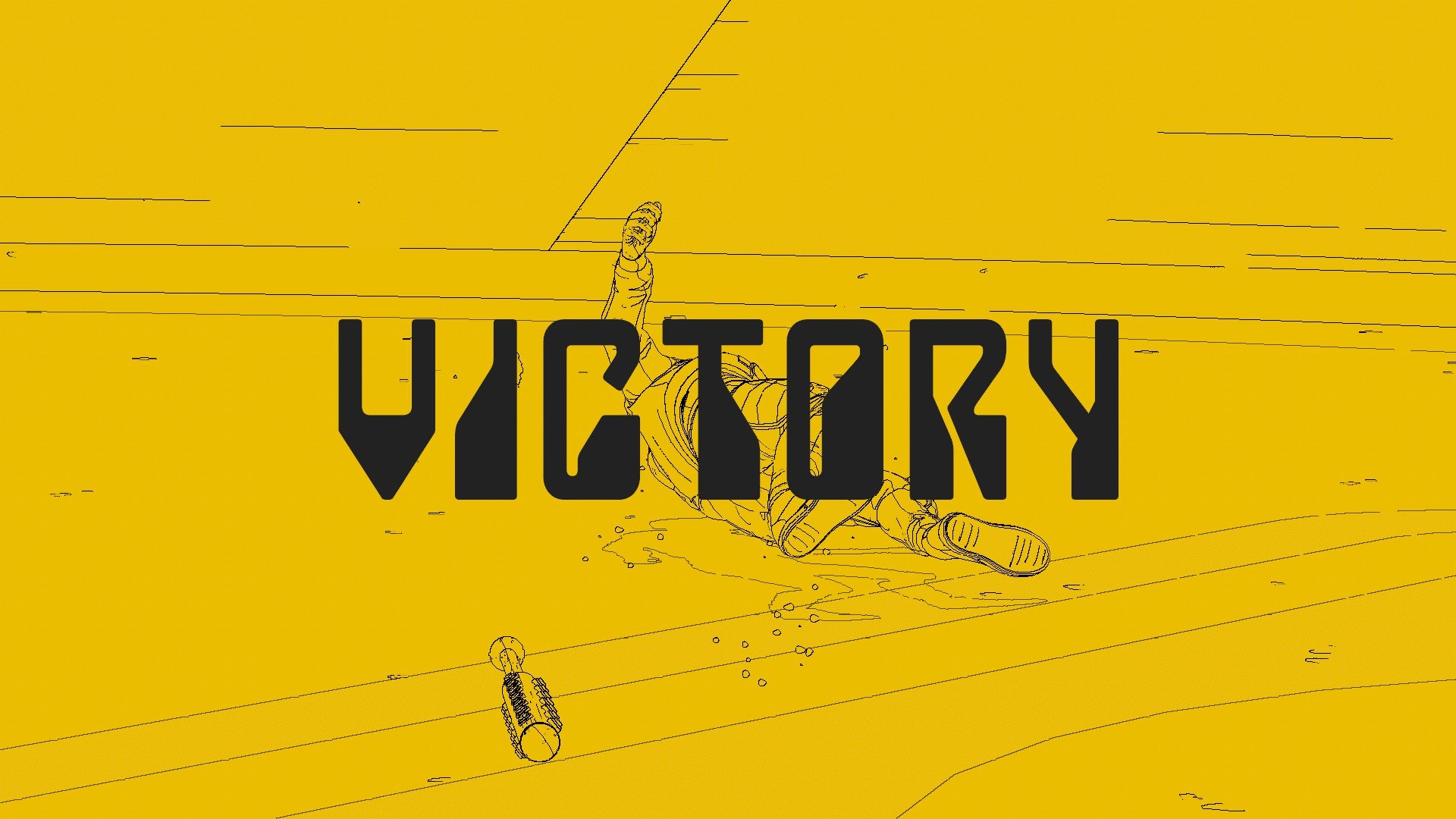 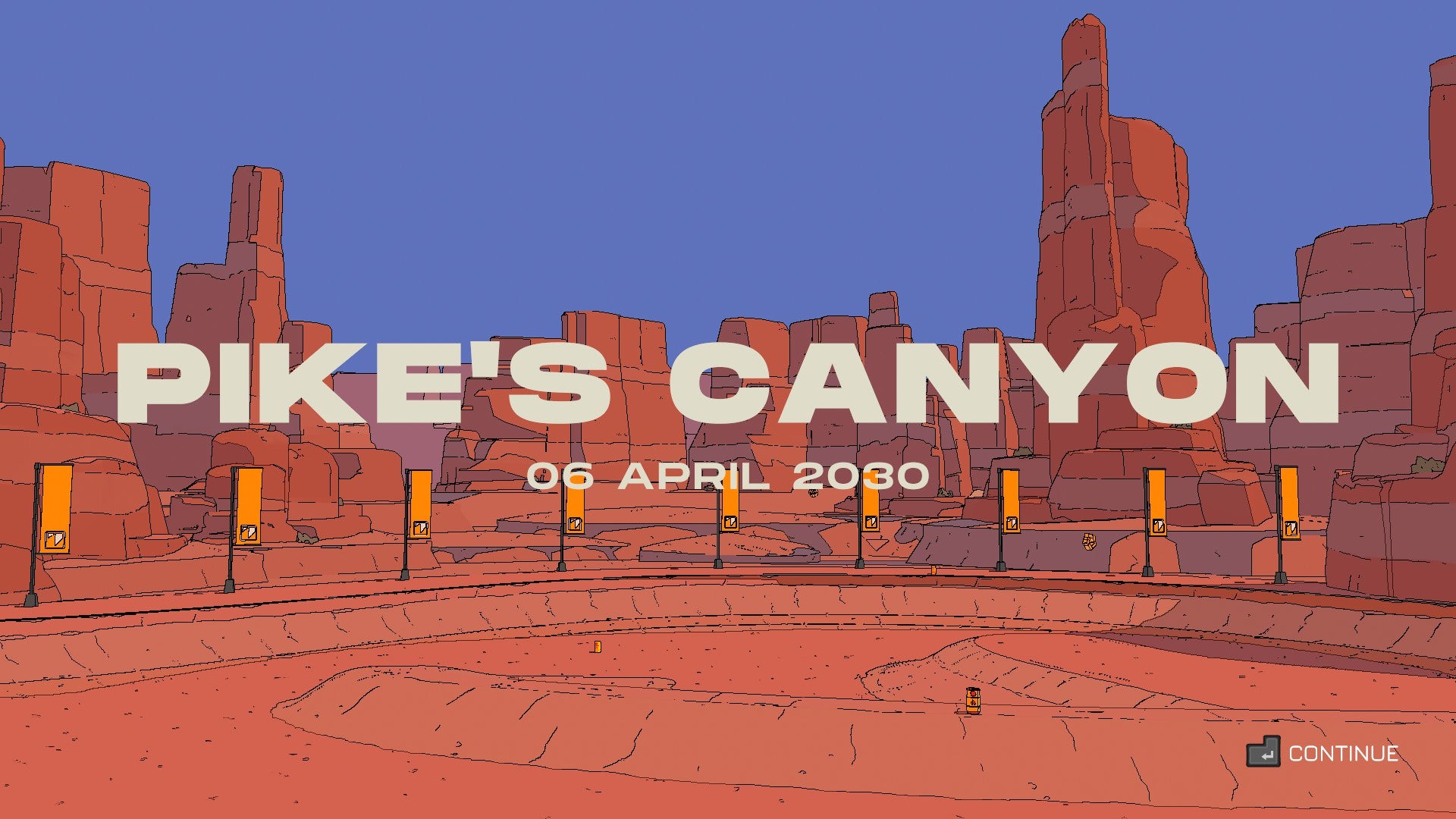 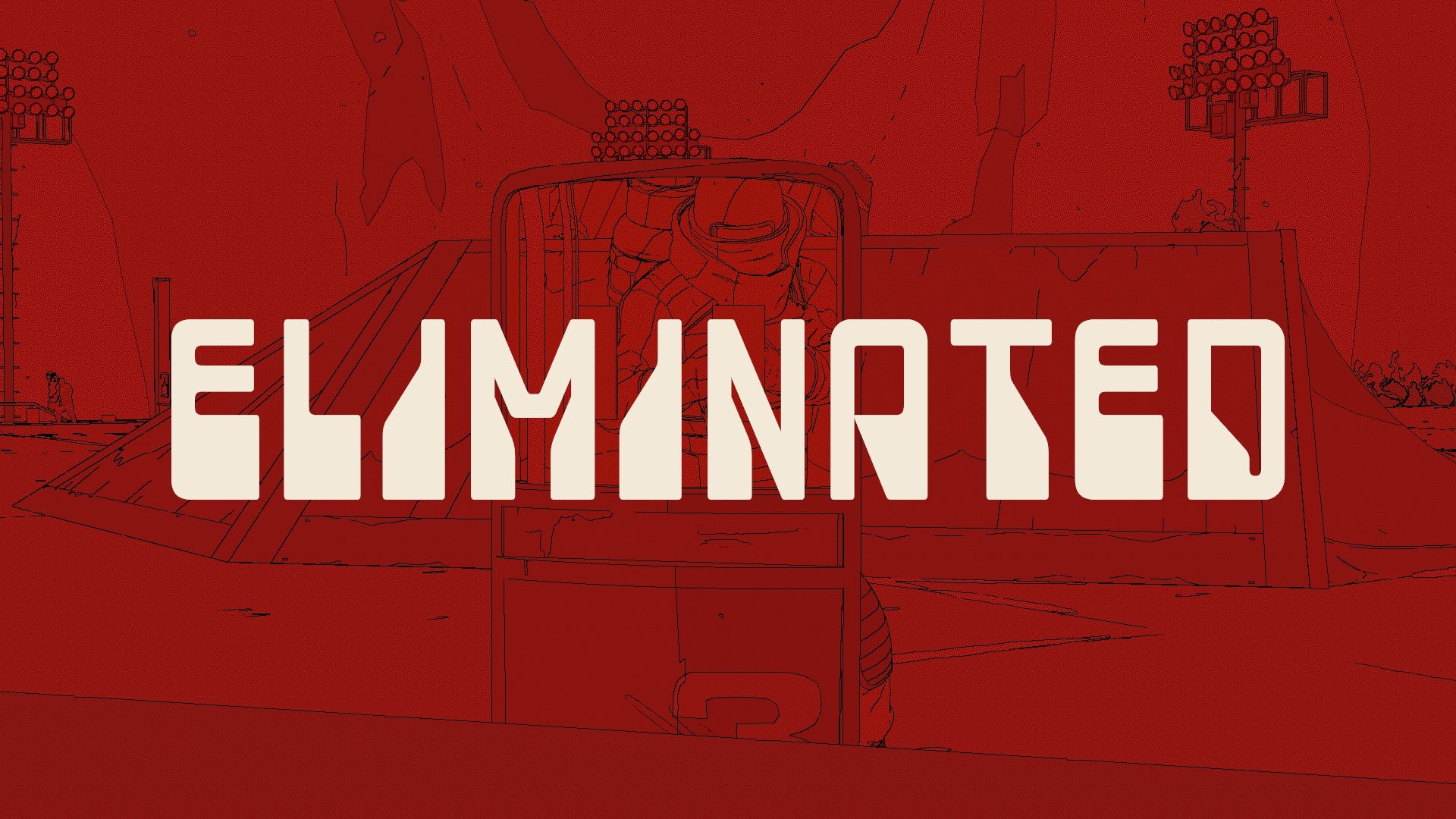 These loop with a beautifully simple ammo and health system, borrowed from 2016’s Doom and way before. Killing enemies lets them drop candy green bursts of health, while performing tricks refills your very limited single-clip ammo. You can already see the flow state, but Rollerdrome layers it on simple but deftly manipulated enemies: simple melee grunts with batons, armored riot police you’ll need to stagger, mechs to target strategically, various grenades and mines to dodge – and active dodging too which quickly becomes essential. Snipers of more than one type lock onto you with a beam of crimson red before it briefly flashes white, giving you a window to not only shake their focus with a dodge, but get a little hit inch if you immediately jump into a Zoom slow motion. 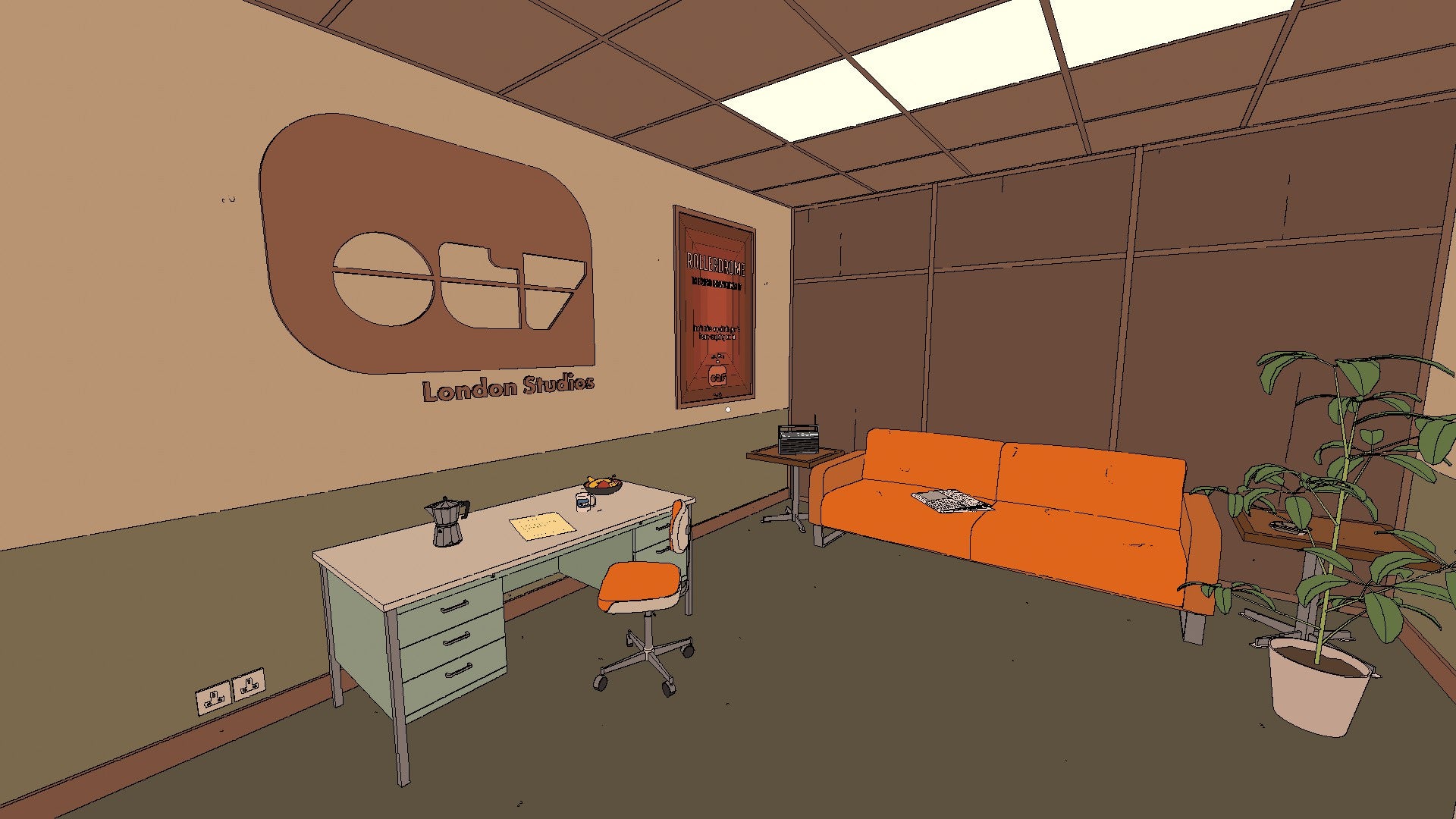 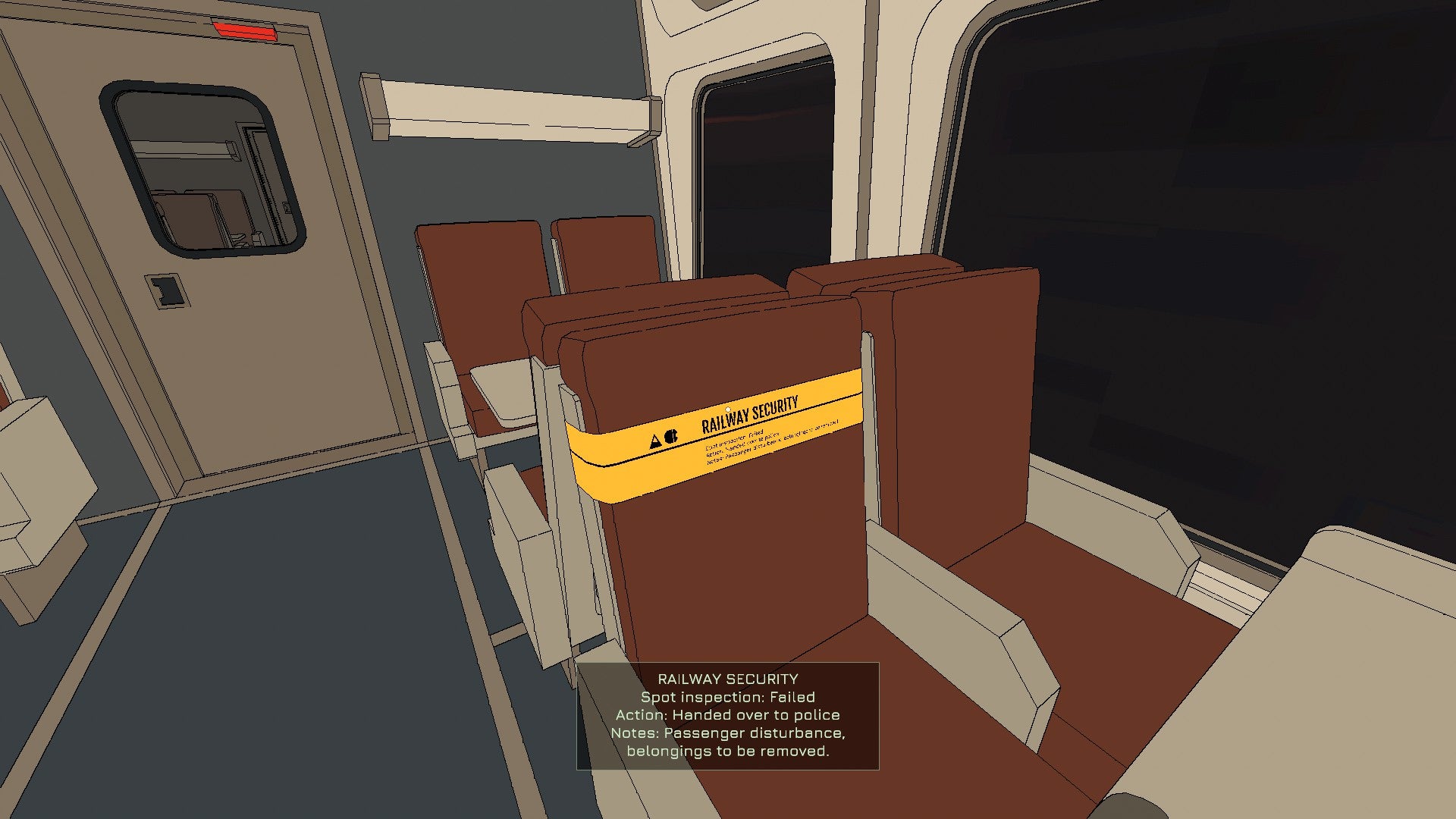 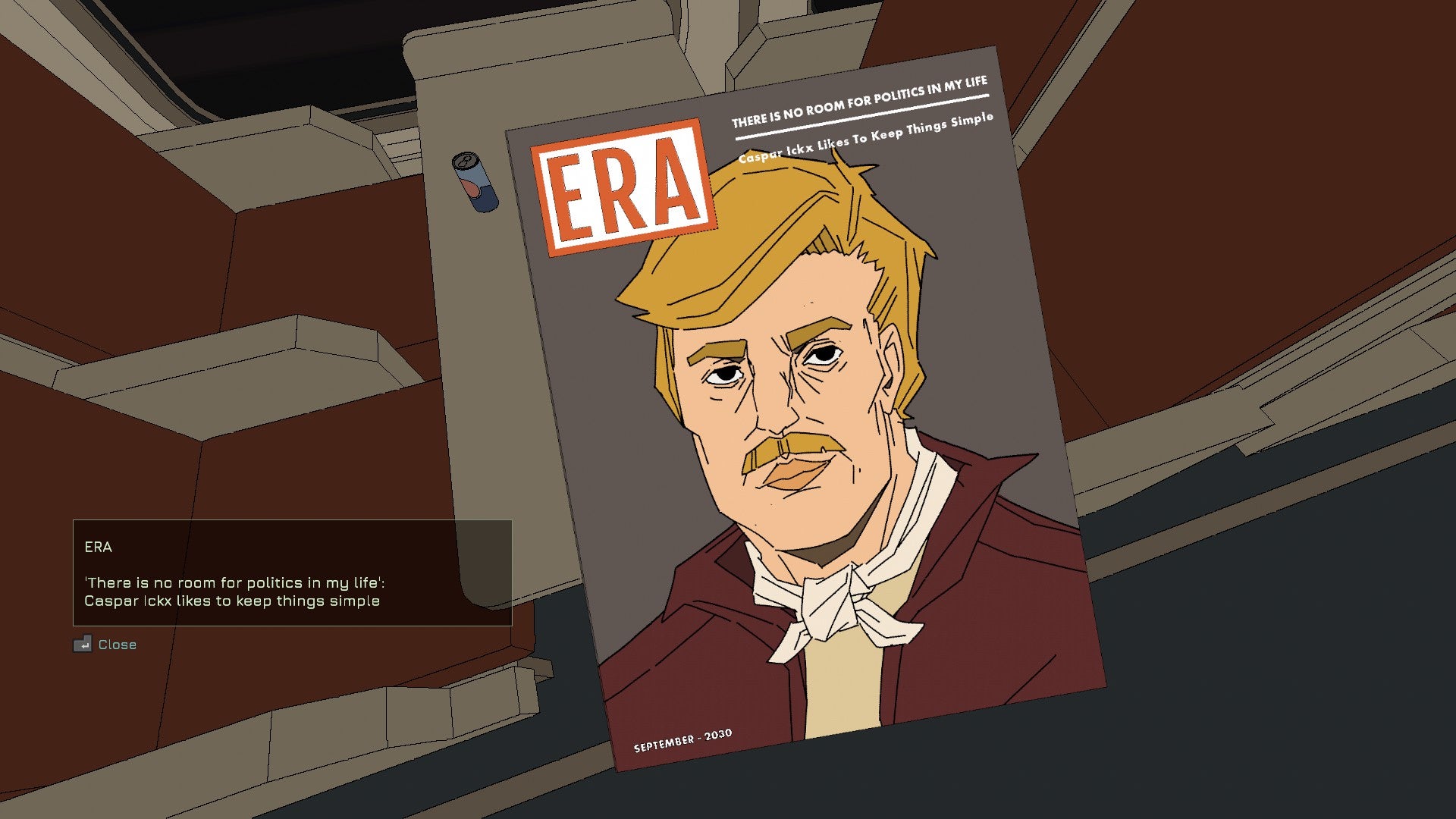 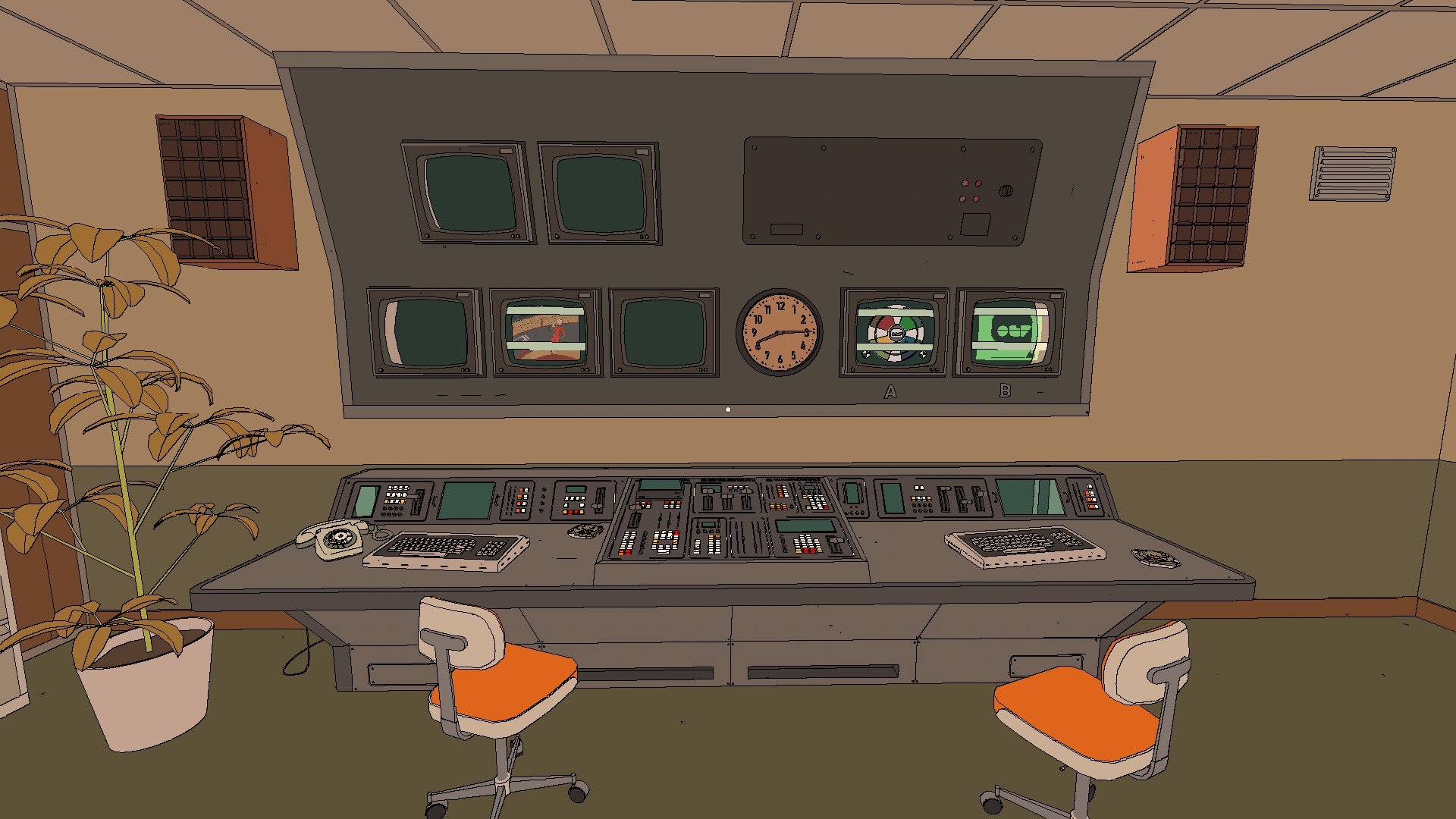 Quickly, you’ll reach that area of ​​expertise (kinda to call it that when talking about my own game here, but bear with me) where these types of combined survival challenge games rise: the times when the enemies stop to become obstacles and turn into opportunities. Grunts are free health when surrounded by tougher mechs and late game snipers. Mines fired by a defeated riot cop are a free attack for you to dodge – if you trust yourself – to set up a stronger shot from, say, that sniper who can, now, kill a certain enemy in one shot.

Add another layer for good measure – big and shiny, the whole skating game this battle is built on. Growls aren’t just free health, they’re a free hit to keep your combo reloaded safely when it fades. Predictable attacks – they’re all predictable for you, soon enough – are opportunities to not only dodge for more damage, but also speed up your attacks on slower, more heavily armored enemies that allow you to clear the stage faster, achieving a higher score. 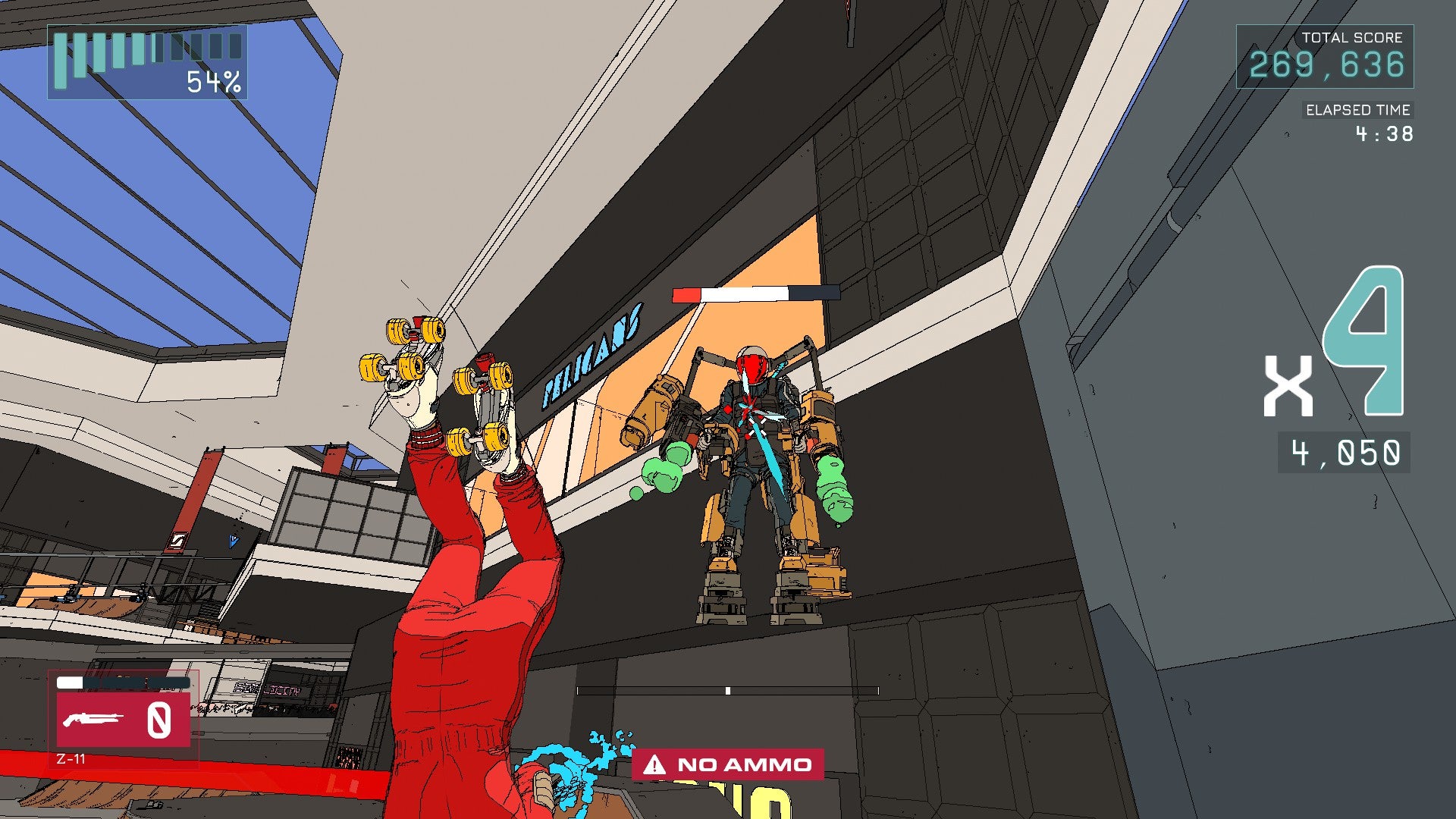 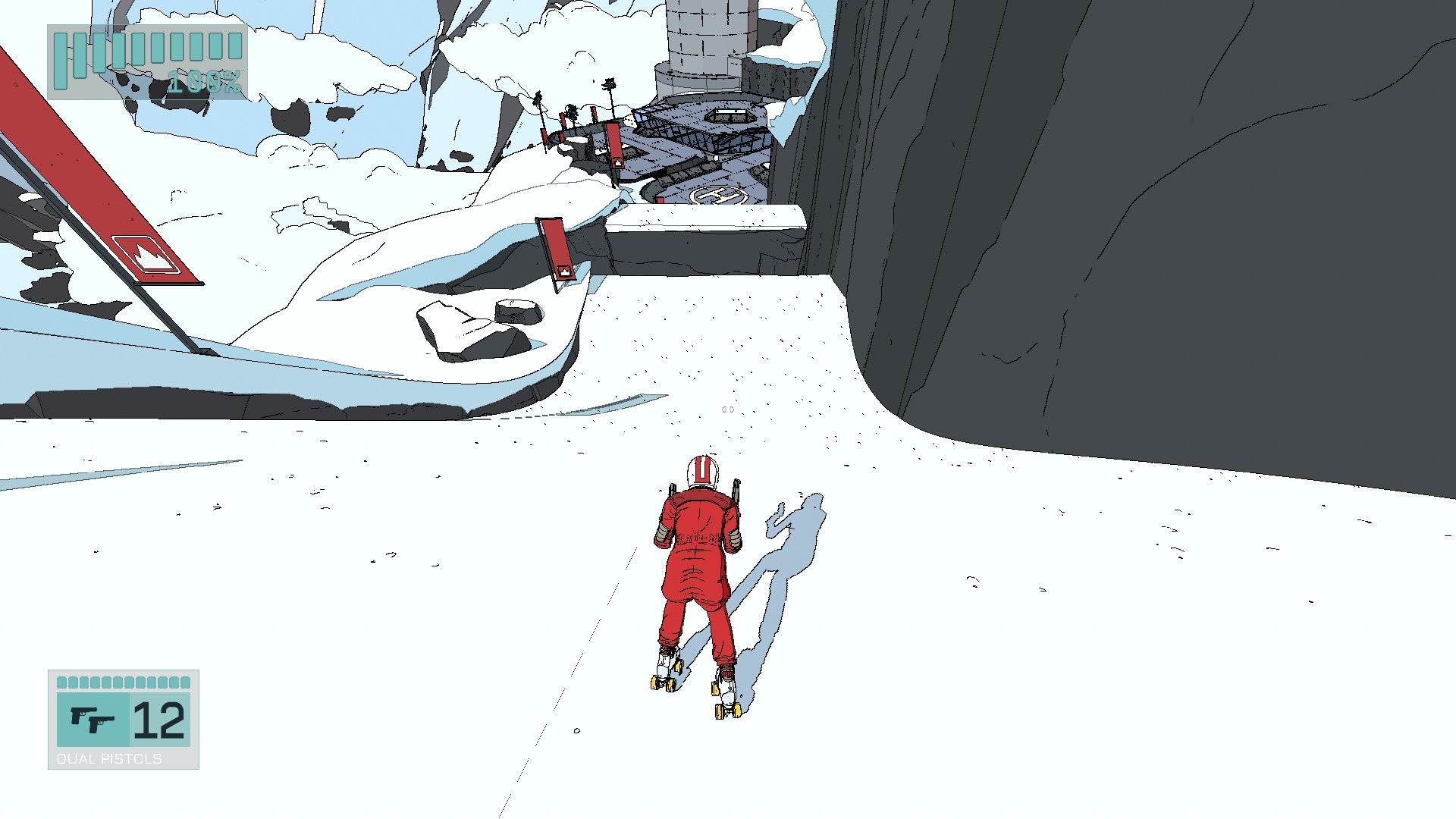 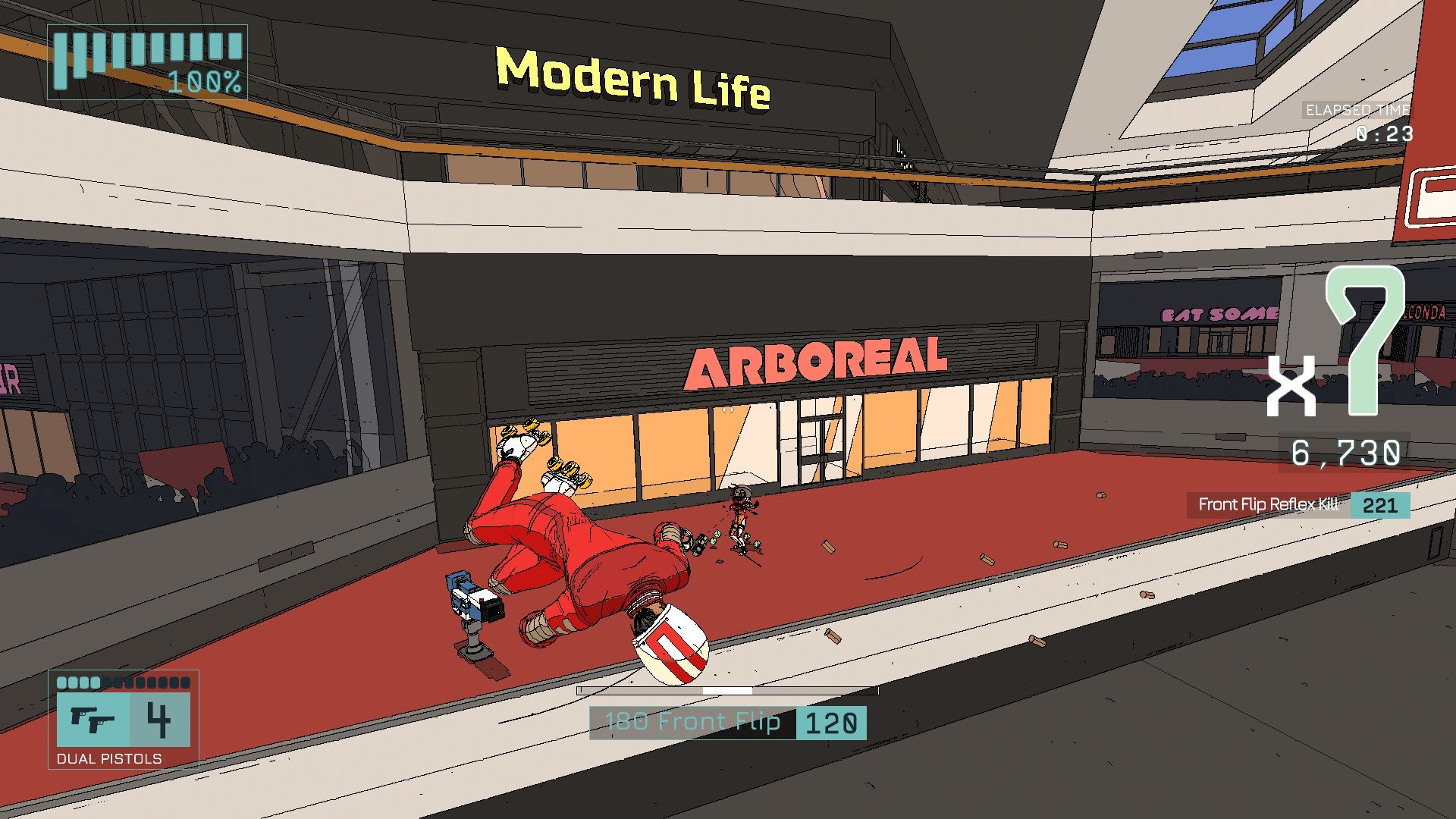 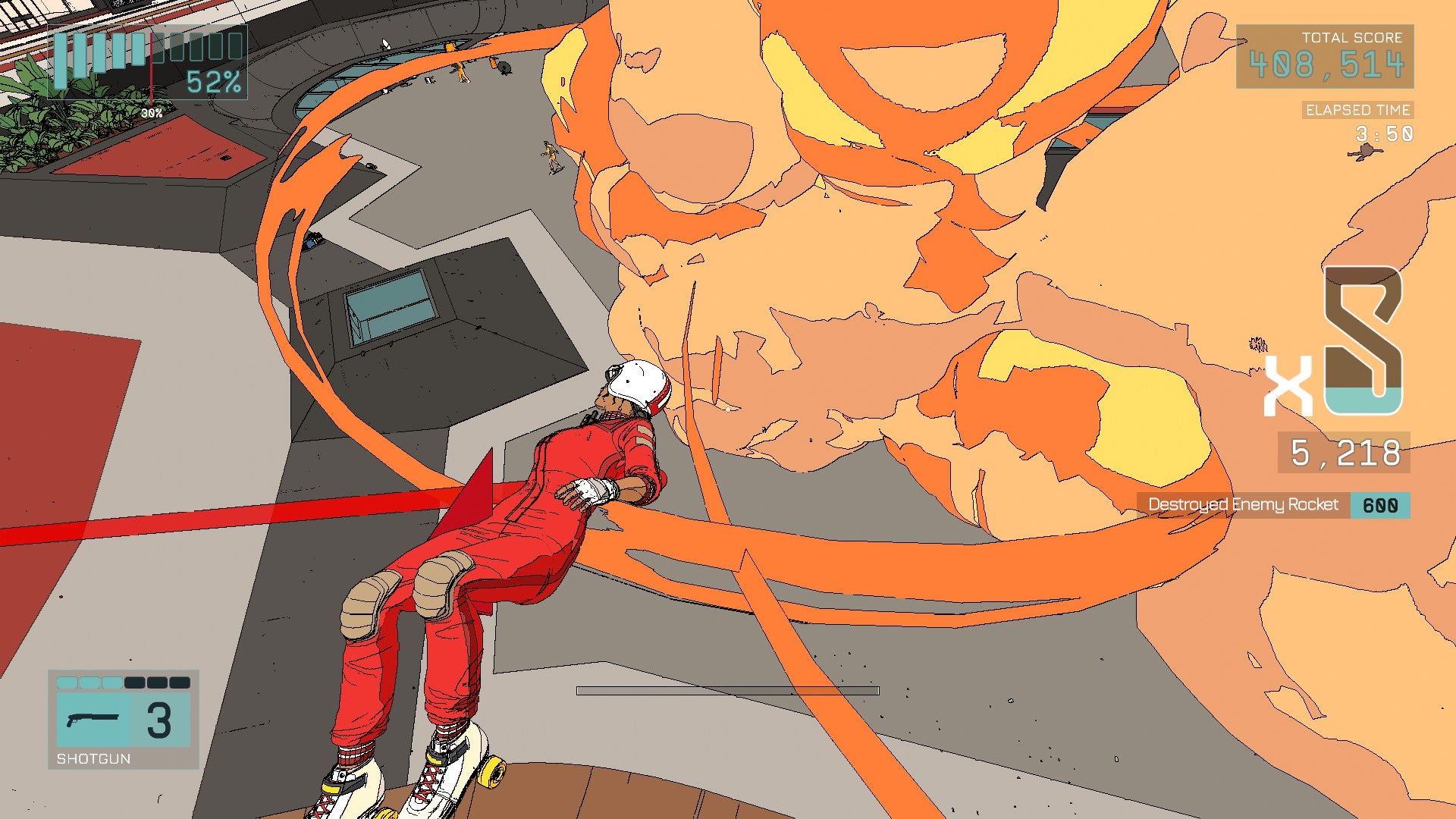 Rollerdrome’s action is superlative. Maybe the story could be a bit longer – I want more – but it’s replayable in many ways, and I’ll probably never complete all of the goals. So who cares.

You will not only need to accumulate these points, but also complete up to ten objectives per stage if you ultimately want to advance the Rollerdrome campaign. You’ll want to do this regardless of the campaign, really. It’s only short – there are four levels, from a sort of deadly Olympic velodrome with halfpipes to Sable desert bowls, a weirdly dystopian shopping mall and a glorious Bond ski resort – with about three variations for everyone. But you could, and I will, play these stages endlessly. I’m not one for rankings, but I’m one for fun.

And damn it, what fun. Few games sing to you like this. Few systems complement and combine so elegantly and seamlessly, with such small and simple healing moments for everything in it, little blip sounds to recharge and recover health (straight out of Grand Theft Auto – Rollerdrome full of ultimate video game sounds) to the sounding guns of Lara Croft. And no game has ever been so cool.