The Dead Space comparisons are impossible to avoid – but while The Callisto Protocol lacks some of the depth and tension, it makes up for it with production value and bloody fun.

Let’s put it aside from the start, okay? The answer is yes. Yes, the Callisto protocol is Dead Space in fancy threads.

Should we be surprised that the games share so much DNA given that they were created (or co-created, in the case of Dead Space) by the same man? Probably not. After replaying Dead Space fairly recently, Isaac Clark’s ordeal burns in my mind, so – consciously and unconsciously – I’ve compared the two pretty much throughout. With similarities almost too many to count – Jacob’s Core’s health bar, inventory menu, dismemberment system, signature stomp, there’s even a gondola scene! – I guess it will be difficult for anyone who has played Dead Space not to make these comparisons. It’s a real shame that Callisto is never safe from Dead Space’s dreadful shadow, because what it offers – decent combat, unsettling environments, masterful light and audio design, effective voice acting – rests entirely on its own merits.

Here’s a launch trailer for The Callisto Protocol to show it in action.

Callisto takes a lot of inspiration from Dead Space, sure, but it also breaks new ground, evolving both the shooter and the world around you to avoid fatigue and repetition. No, it’s not perfect; there are confusing choices and a palpable lack of agency here – Jacob’s adventure is tight and you will very rarely be rewarded for exploring off the beaten path – but if the goal here was to create a spiritual successor to Dead Space , kudos to the developer Strike Distance: it does just that.

Rather than an engineer stranded on an abandoned mining ship, in Callisto you play as Jacob Lee, a space-age delivery driver who, for reasons, is imprisoned without charge or trial in Black Iron, a monstrous detention center home to the most dangerous criminals in the galaxy. on the moon, Callisto. It’s not the newest conceit in the world, but it does its job, and as Lee recovers from his brutal induction and discovers the prison has been infected, so begins his escape attempt. 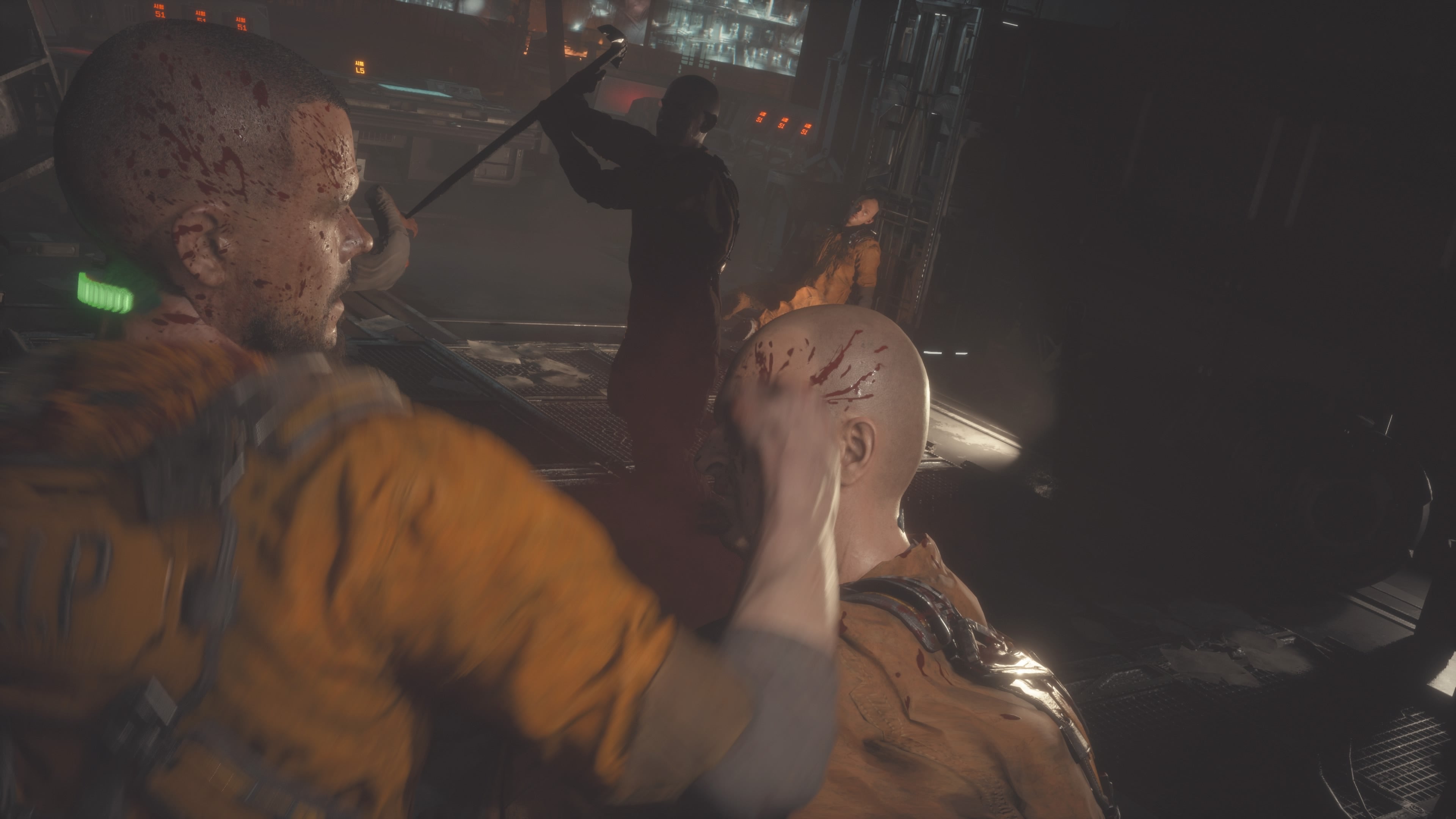 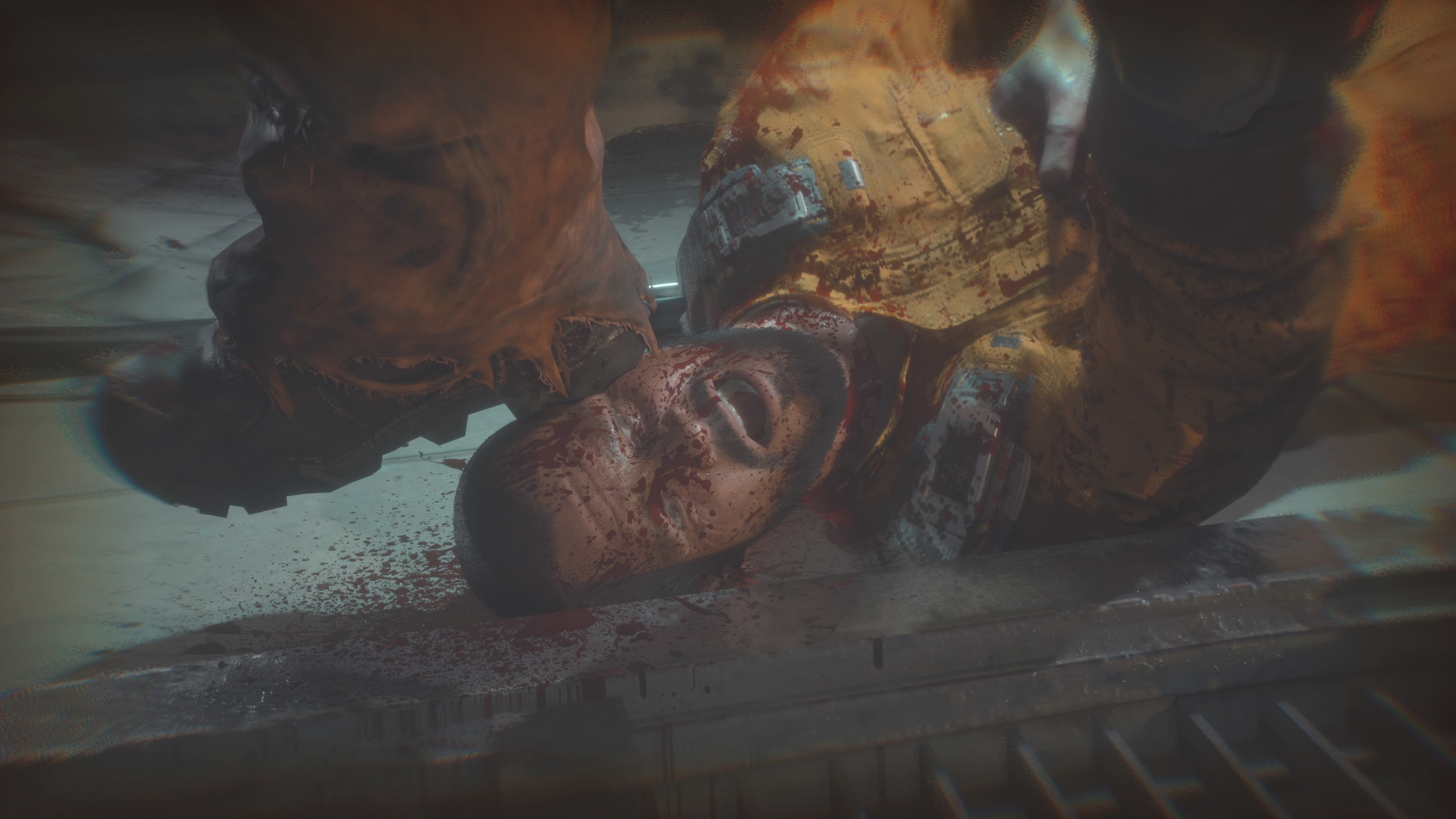 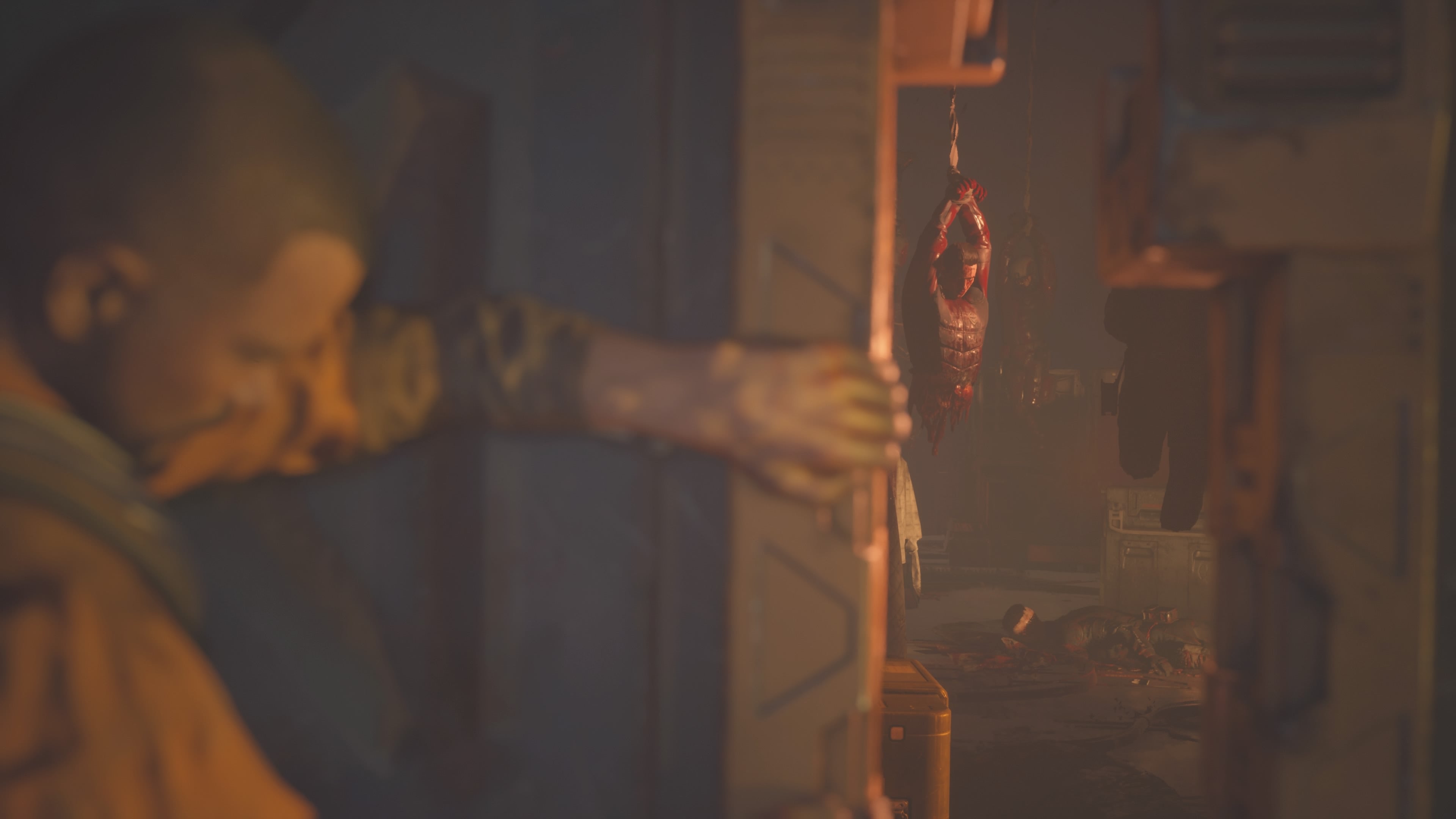 I didn’t care about Lee like I cared about Clark – even though the latter was mute – and while I was certainly intrigued by his illegal detention, I wasn’t as invested in Lee’s story either. It’s not that the dialogue or even Lee’s delivery wasn’t right; Josh Duhamel gives an impressive performance, as do his co-stars. It’s just another game about another man imprisoned for another crime he didn’t commit and of course it’s just the vehicle to drive the action in, it’s a shame the premise doesn’t Couldn’t have been a little more inventive.

That aforementioned action, though? Dear lord, this is sublime. Cutting out the people of Callisto is choreographed with grotesque precision, and every shot is meaty and punchy. Like its spiritual predecessor, Callisto wants you to destroy those things rather than just kill them, so you’ll learn – mostly the hard way – to hobble, maim and dismember your enemies rather than instinctively aiming for the headshot. Interestingly – as mobs tend to rush in and beat you – there’s also a melee system, meaning Lee has to duck and dodge hits as carefully as he fires if he has a chance to. escape alive.

But that’s not all. You’ll also learn how to kill stealthily – a handy skill, indeed, given the scarcity of ammo that kind of strikes the fine balance between too mean and too generous – and you can also take advantage of environmental hazards such as the pod explosion to help you increase your chances. Every once in a while, you’ll encounter fearsome security bots and have to decide whether to sneak past or attack them head-on. And if it all goes to hell – literally – and you find yourself out of ammo, you can pull out your trusty staff and use it instead (pro tip: I recommend upgrading as soon as possible. You’re welcome ). 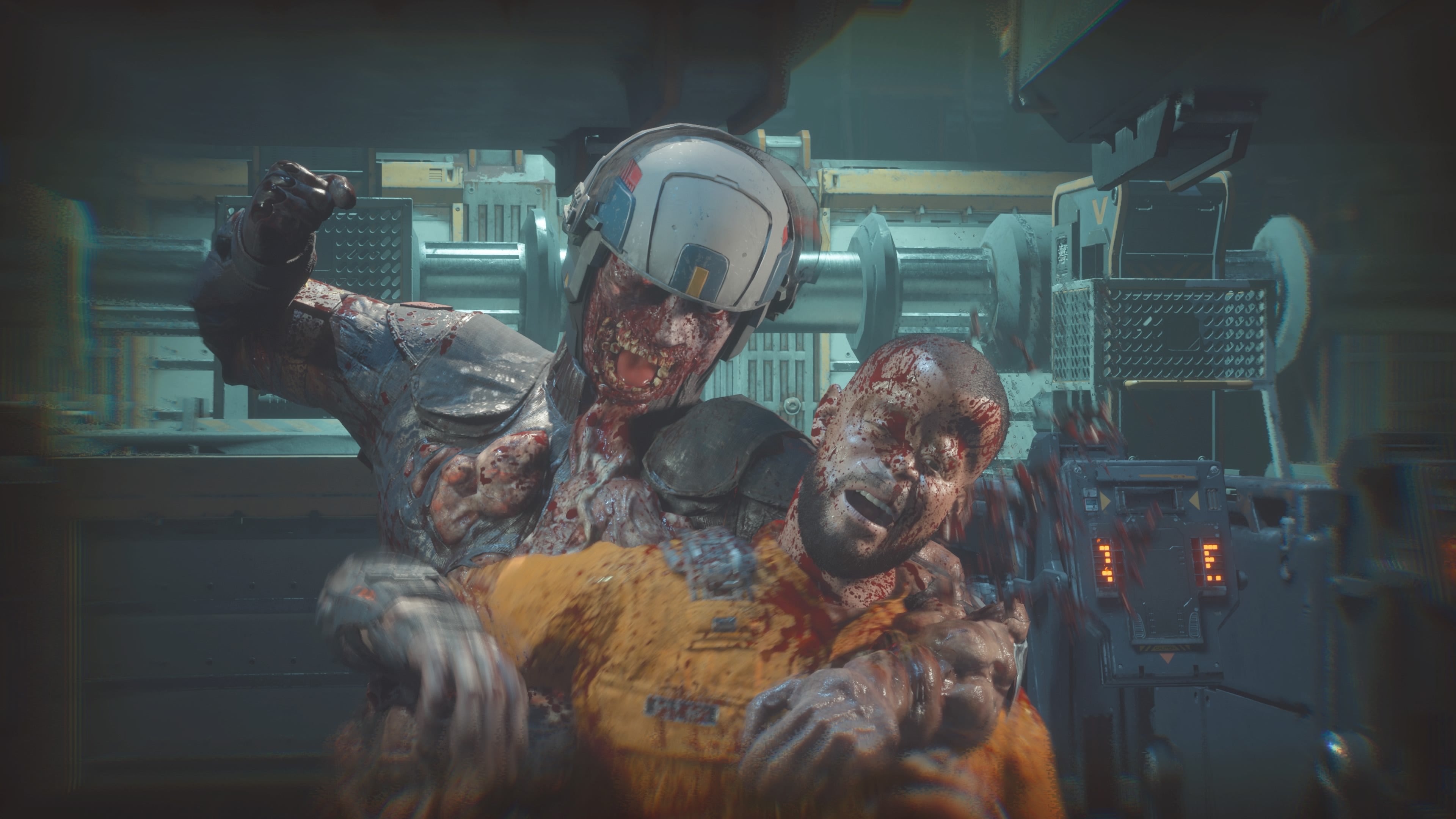 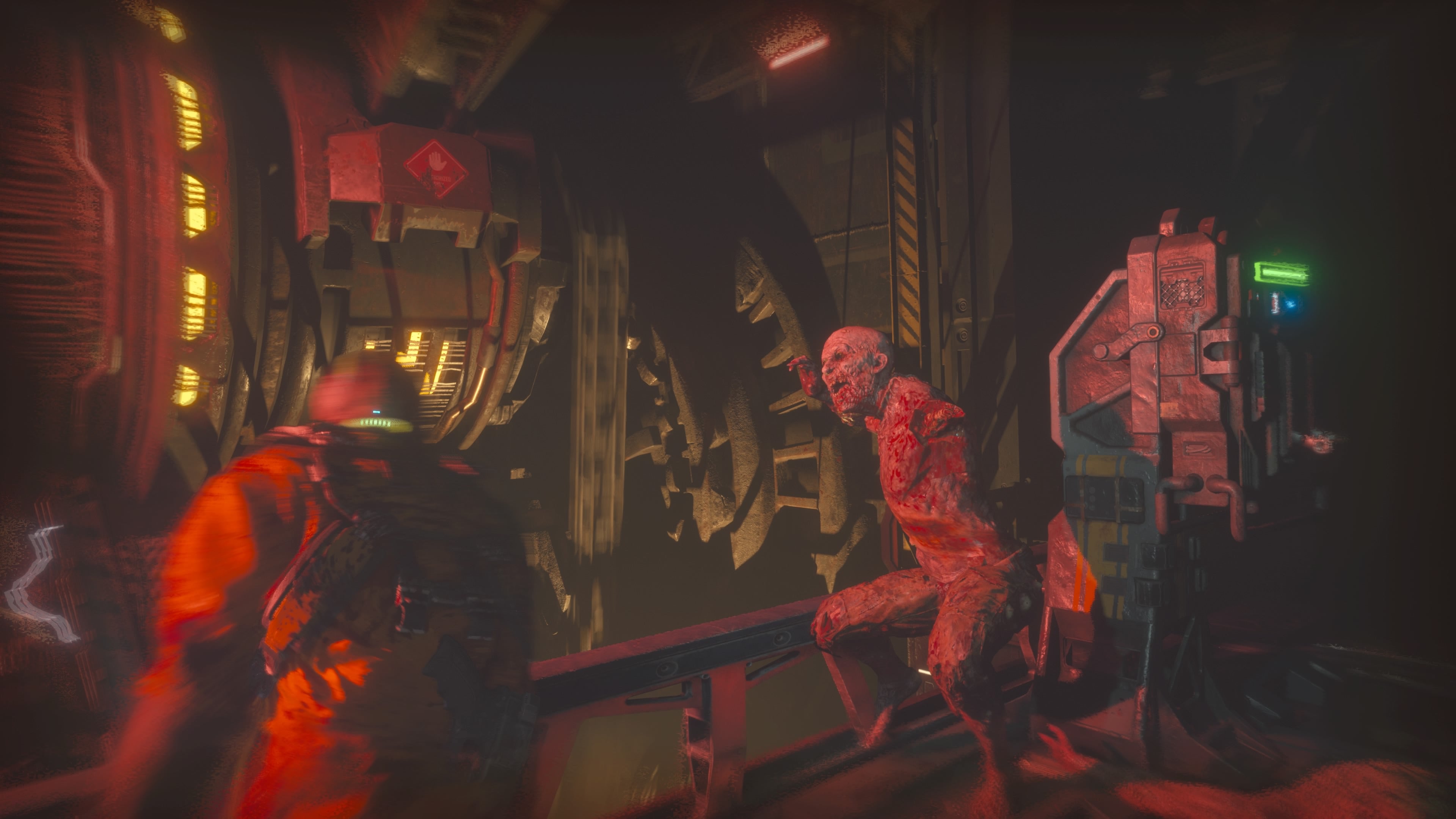 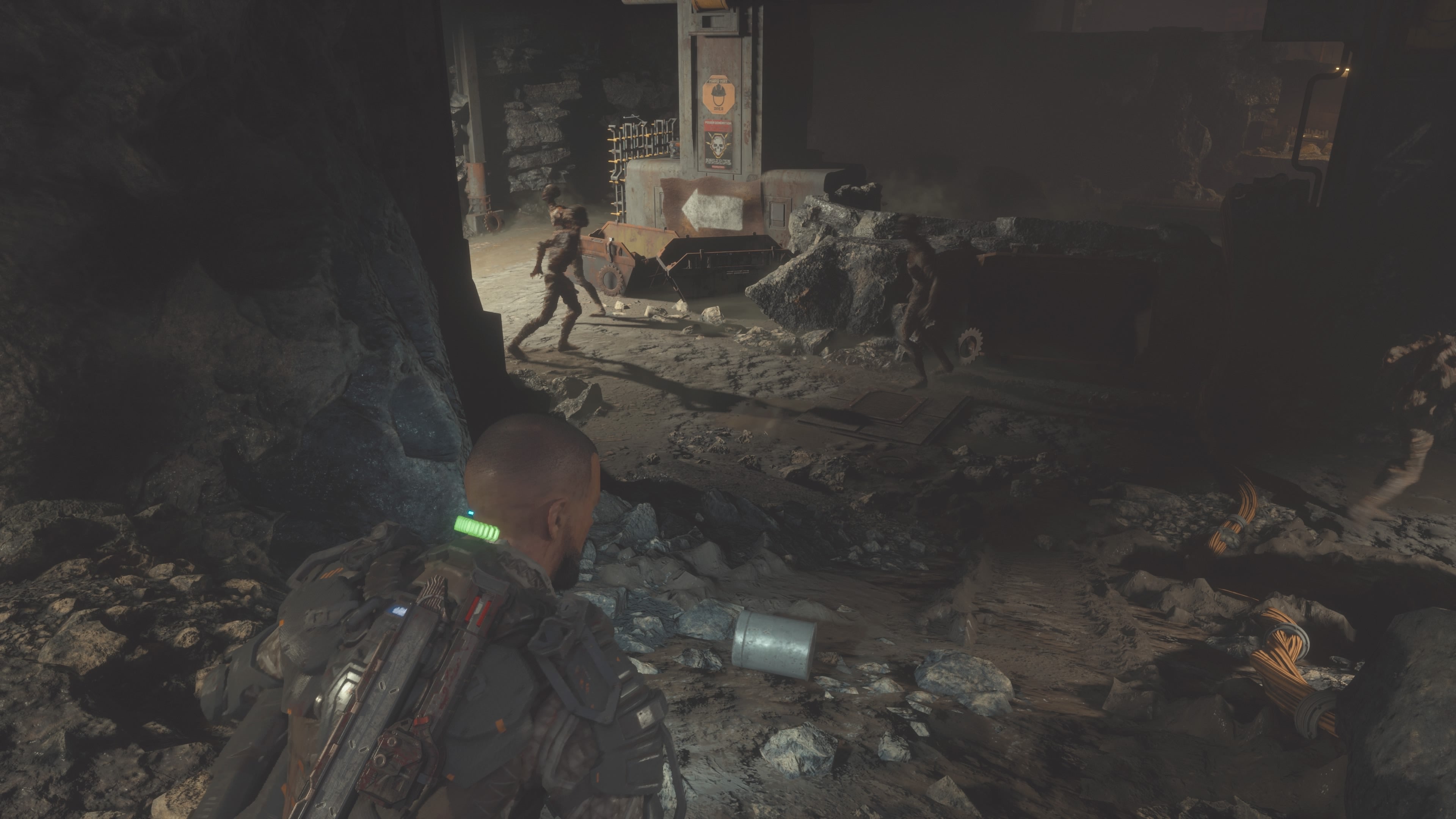 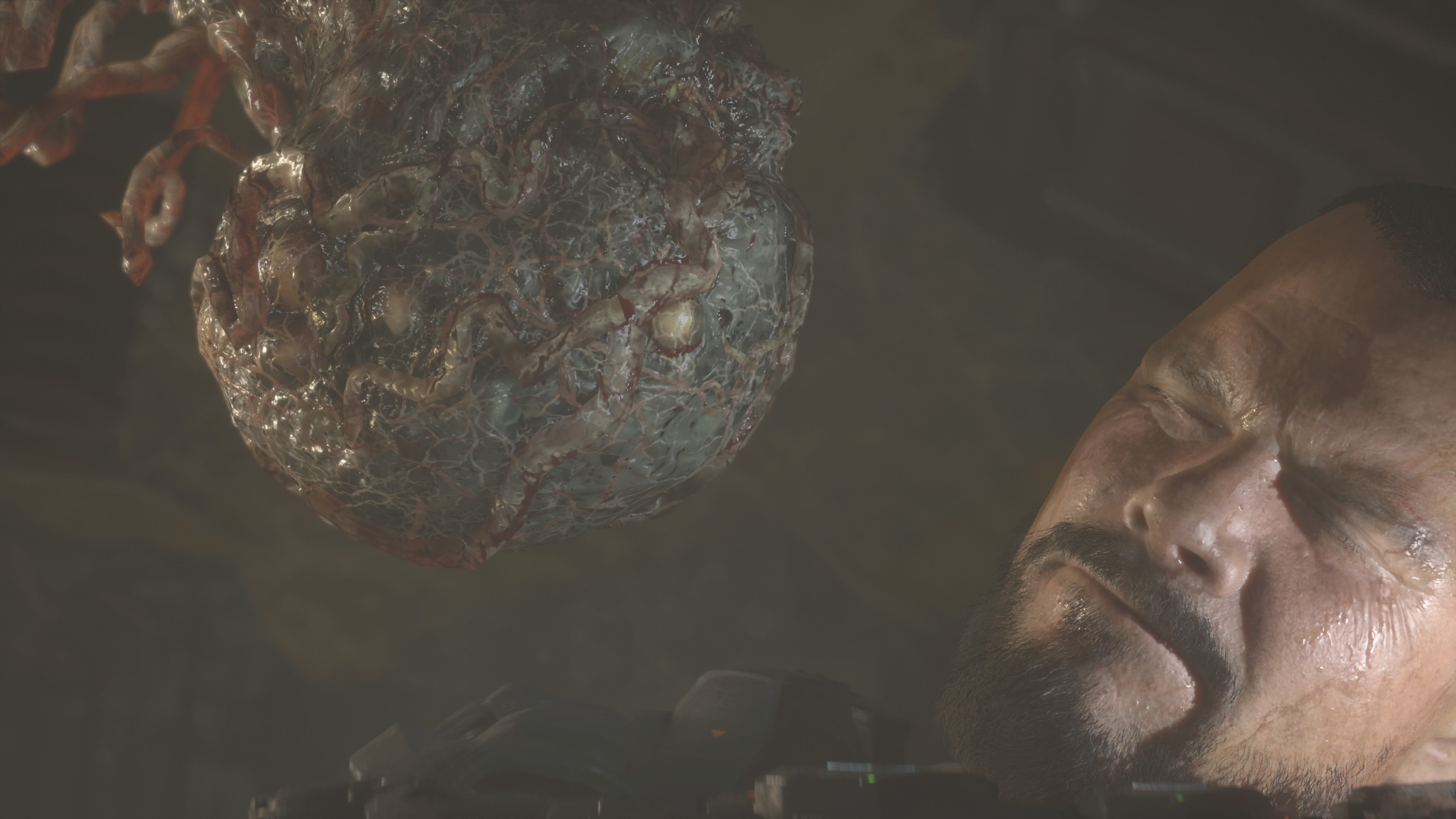 The fights can seem gloriously difficult – sometimes unfairly – but that’s okay; the more you die, the more you can witness Lee’s gleefully gory death animations. And thanks to an excellent checkpoint system and the ability to perform manual saves, replaying sections is rarely frustrating (apart from an extremely boring elevator ride).

Halfway through, you’ll find yourself deep underground and crawling through tunnels where dozens of a new breed of terrifying inhabitants await. Here, however, you’ll need to move slowly if you want to have any chance of getting away unscathed. And yes, at the beginning, this unexpected section really raises the tension. Later, however, when you realize they have the AI ​​of a shopping cart and the many daubs ominously ordering “don’t make a sound” should just say “don’t run”, the fear s fades. It’s hard to be afraid of anything that might bump into you and seemingly not know you’re there, even when performing loud stealth kills and stomping on corpses for ammo.

It’s not just the enemies that look good, either. The direction of the lighting is incredibly bright and while at times it can be a bit too “helpful” in highlighting the pathways, the masterful use of light and shadow really brings out the highlights. disgusting and glorious environments of Callisto. The same goes for the audio design, although I’ll admit that within an hour or two I realized the screams and moans were generally ambient rather than attached to some particular jerk lurking in the corner. . And it’s beautiful; the blood, the gore, the stickiness of various wet meat rotting in the corners. No, the Callisto Protocol doesn’t deliver the deep environmental storytelling I love so much in Dead Space; yes, there are more varied settings, but they only look like settings rather than characters of their own, like Ishimura from Dead Space. Too bad, really, that these detailed environments can’t tell us more about the secrets of Black Iron and those who came before us. 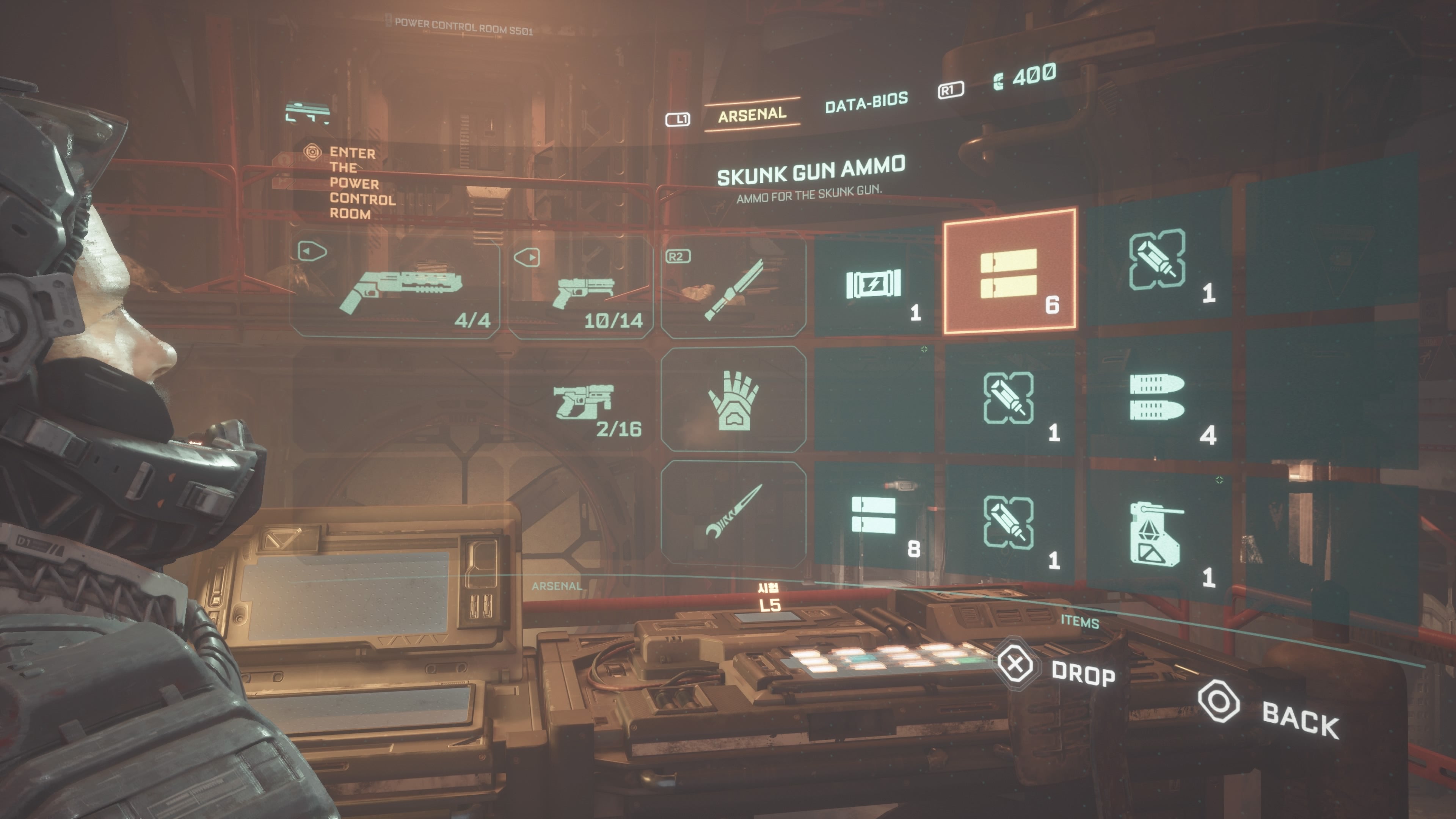 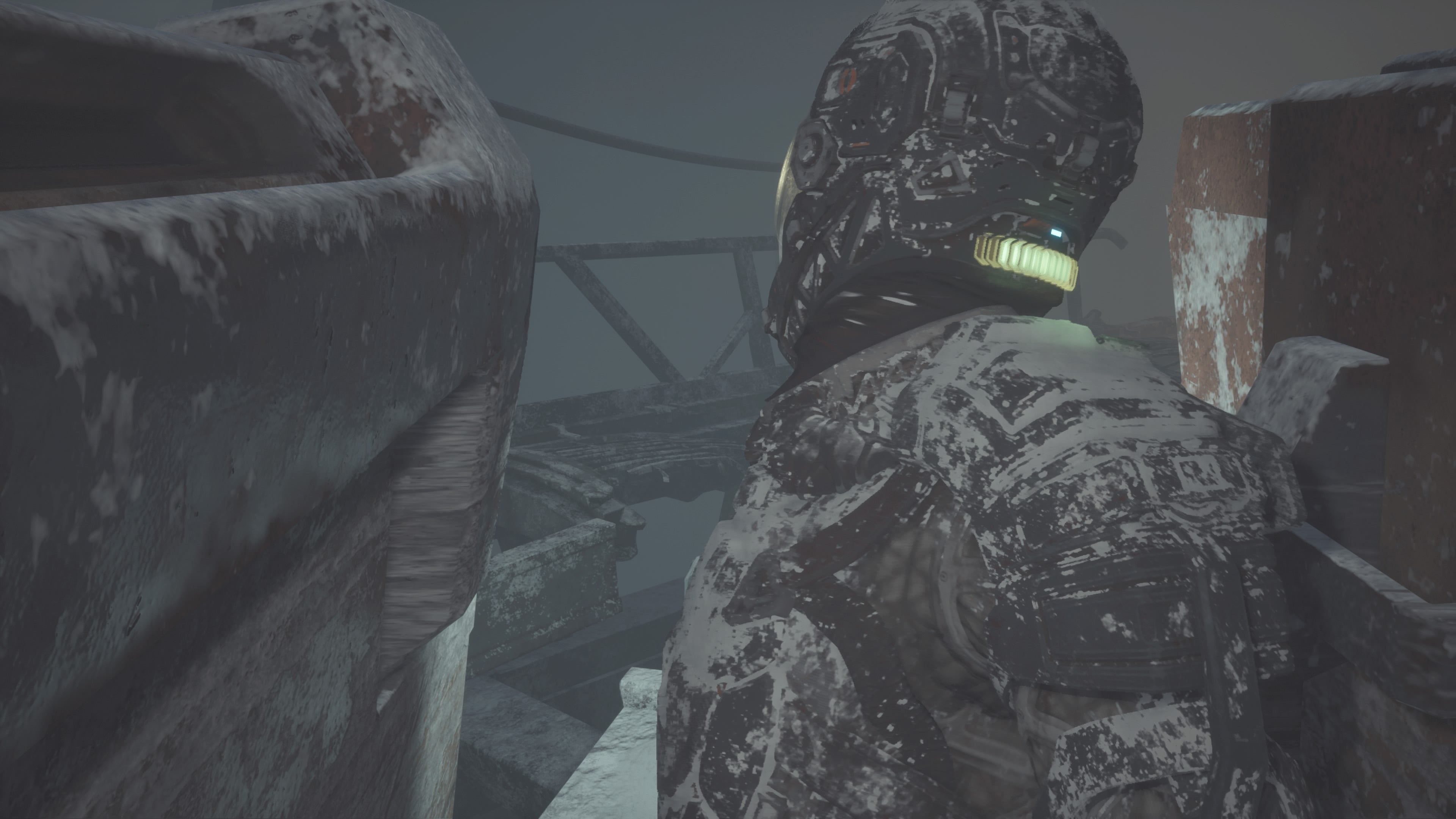 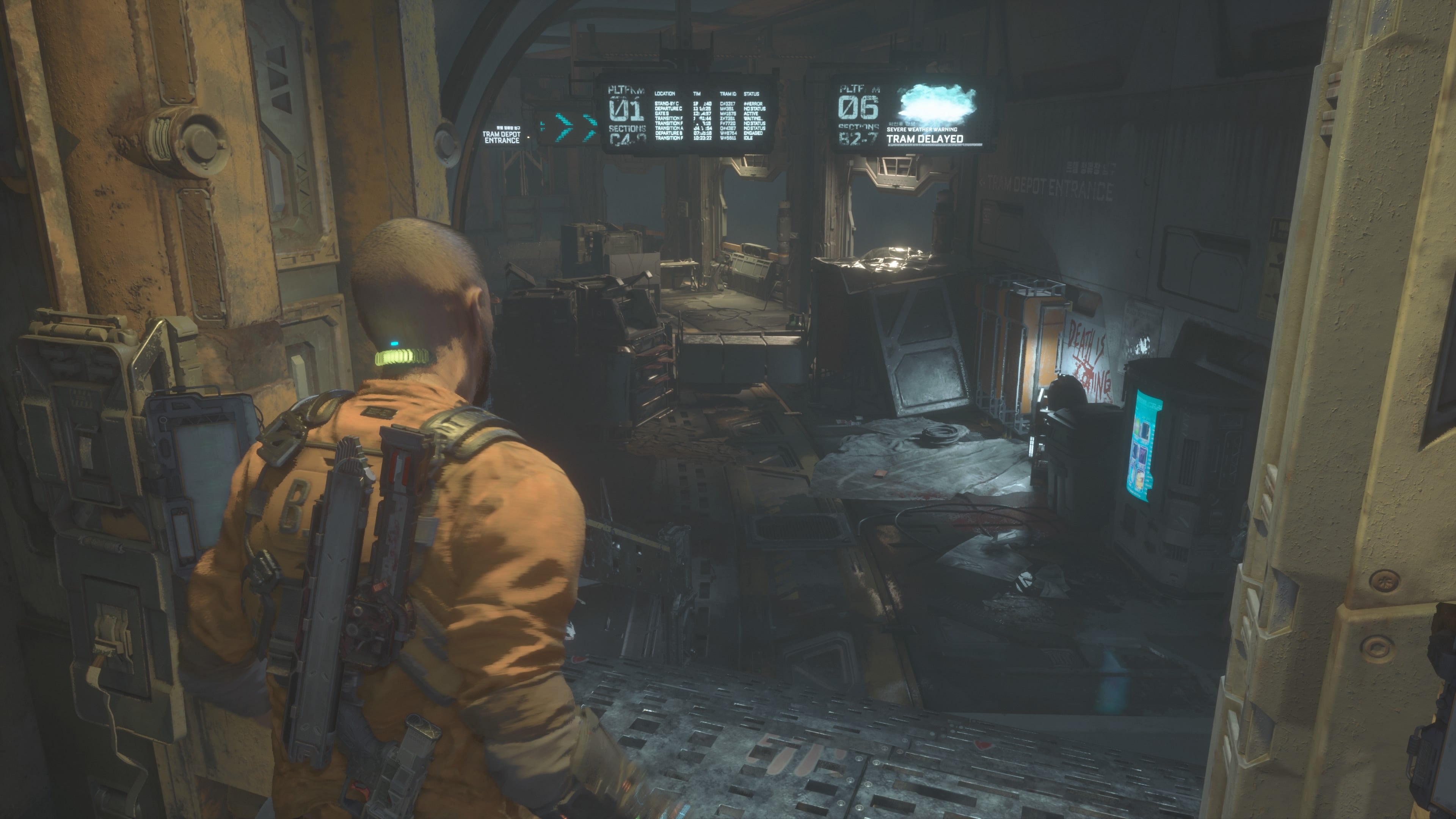 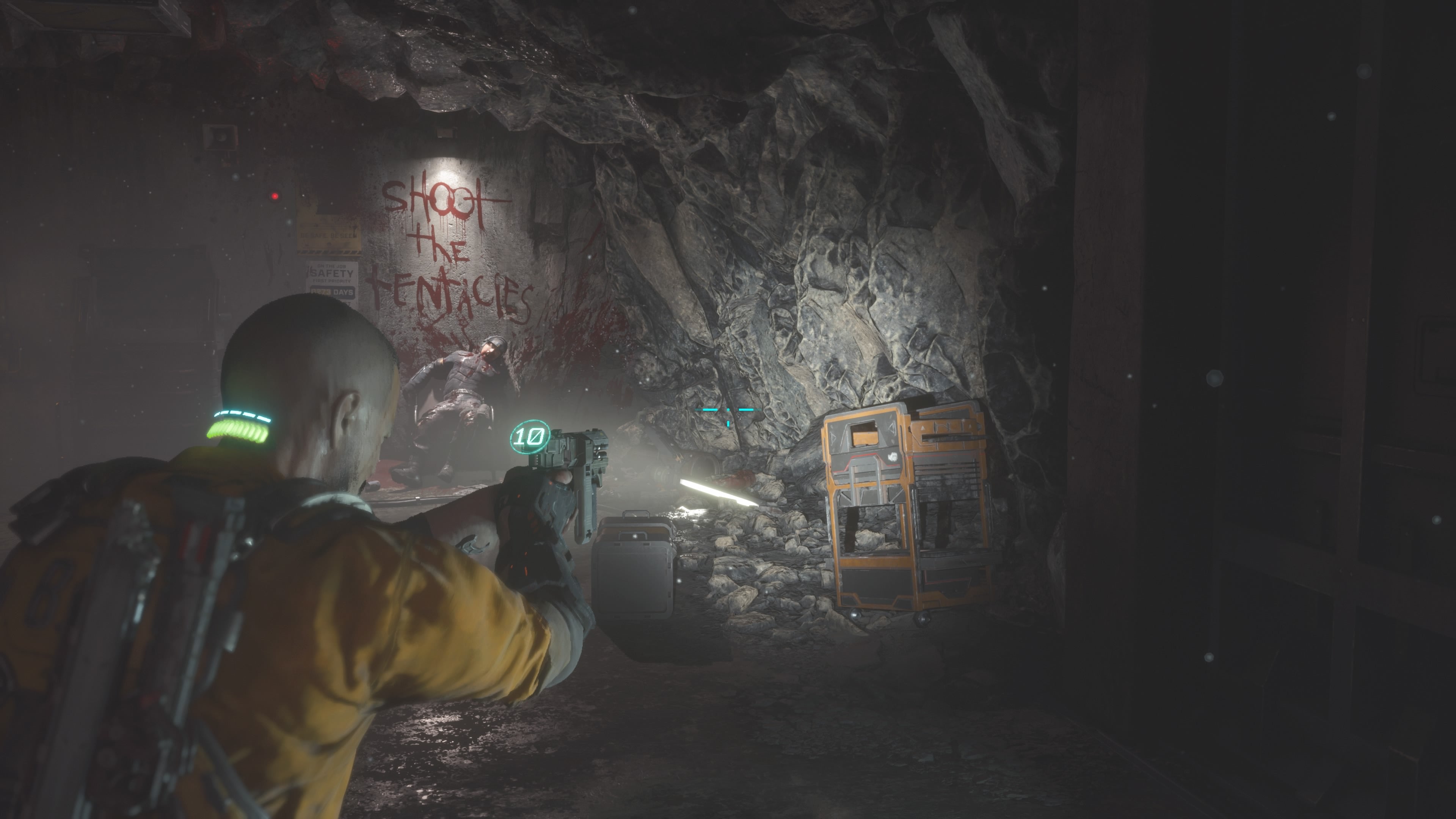 What it isn’t, however, is cerebral. There aren’t really any puzzles – well, nothing but moving that crate here and endless inventory management – and there’s one particular enemy, who I’ll call Sackboy (it’s a head in a fleshy bag), which always seems to attack before you even see it. And even when you think the game opens up and gives you a chance to explore, I can unceremoniously confirm that it doesn’t; branching paths are almost always closed, whether by rubble or crates or a curiously placed dead end.

You also can’t walk around while listening to audio logs, an outrageous oversight that removes all incentive to slow down and savor that kind of background. Even if you wanted to listen to one, it’s up to you to remember who left it; the inventory doesn’t bother to tell you about new logs and those you’ve already listened to. You don’t expand your inventory incrementally as much as you go from extreme to extreme halfway through, and even then you’ll find yourself dropping stacks for GRP – your special gravity glove – to make room for items that can be sold for a higher price to help you upgrade your weapons. 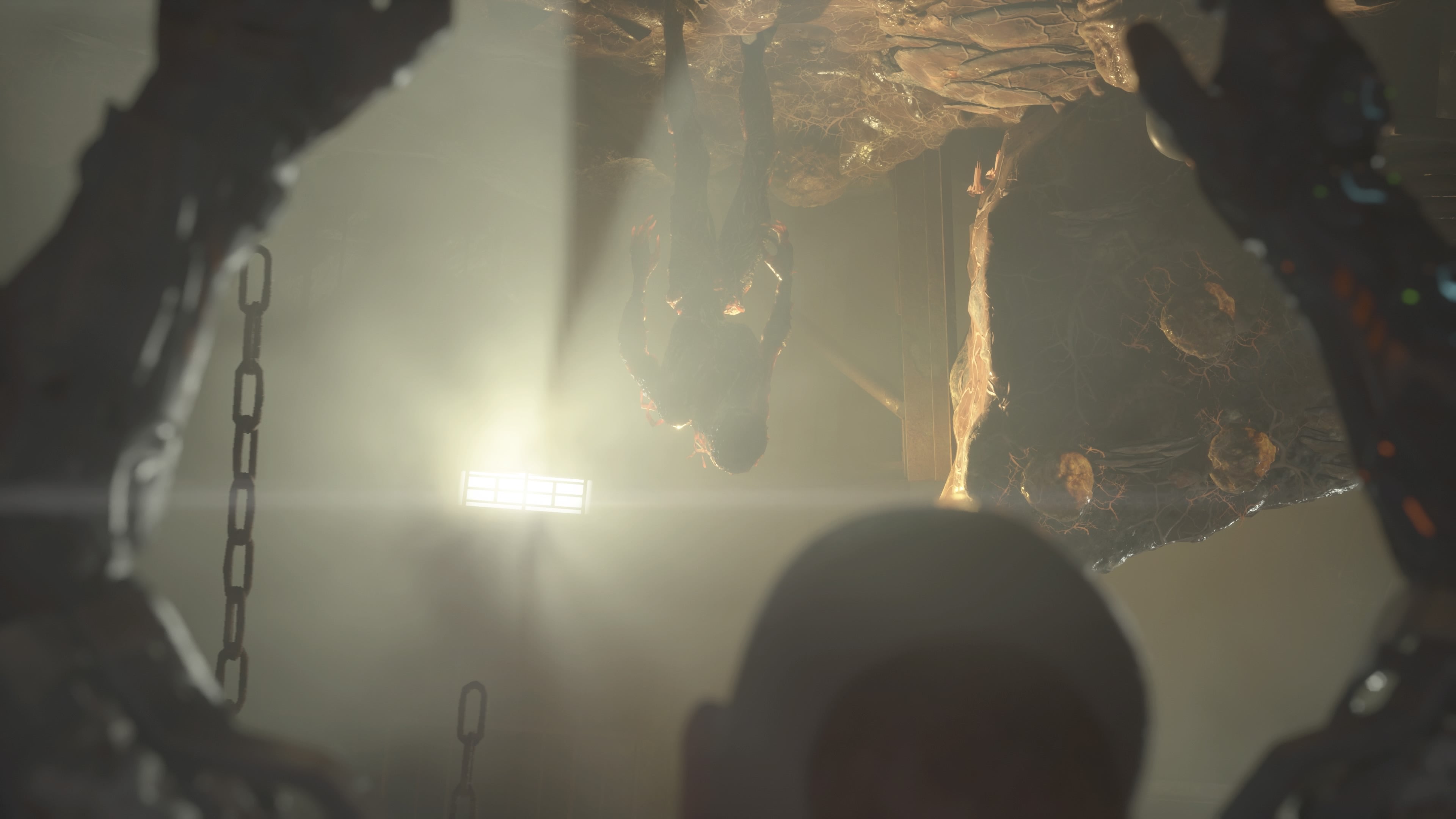 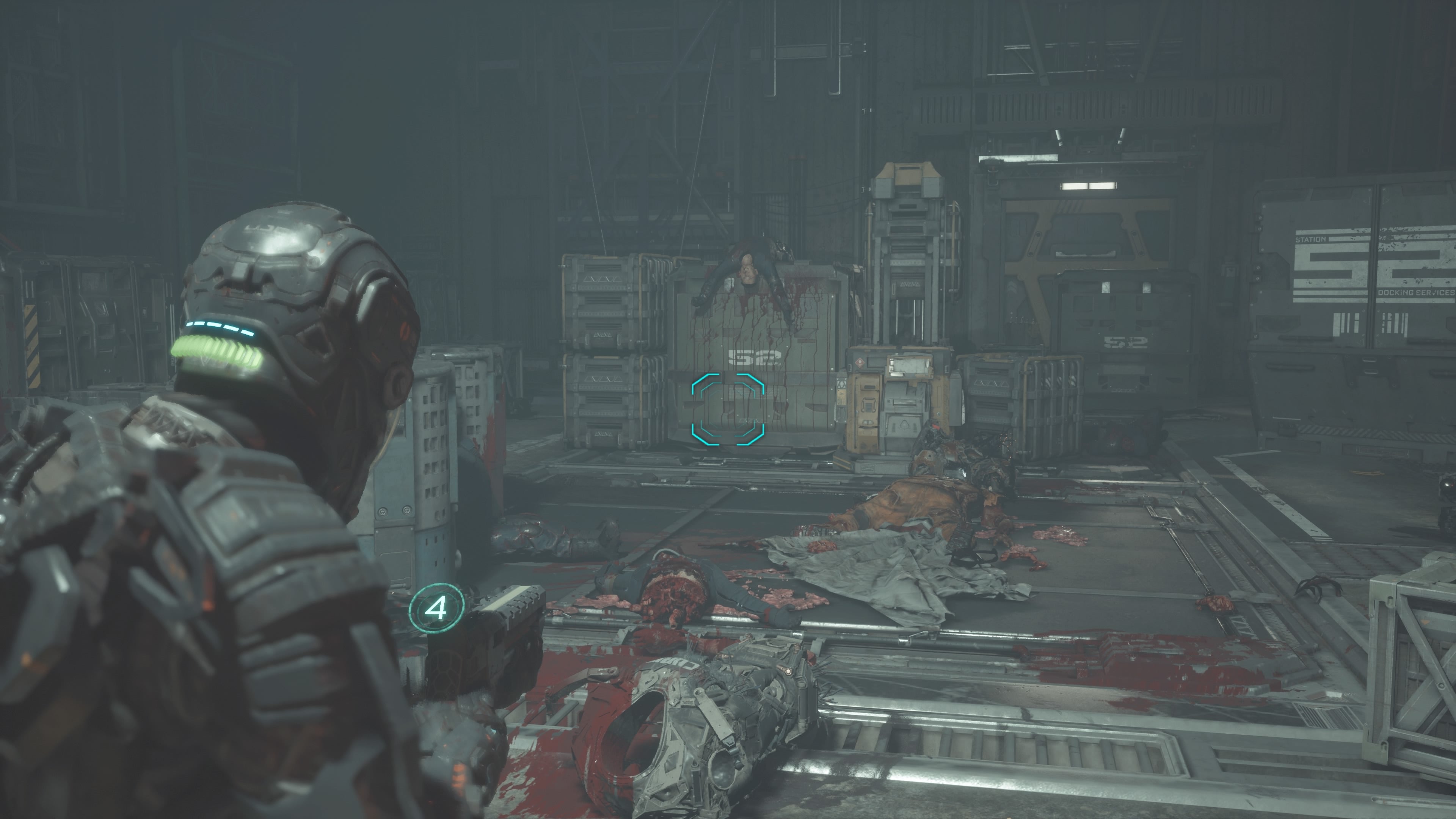 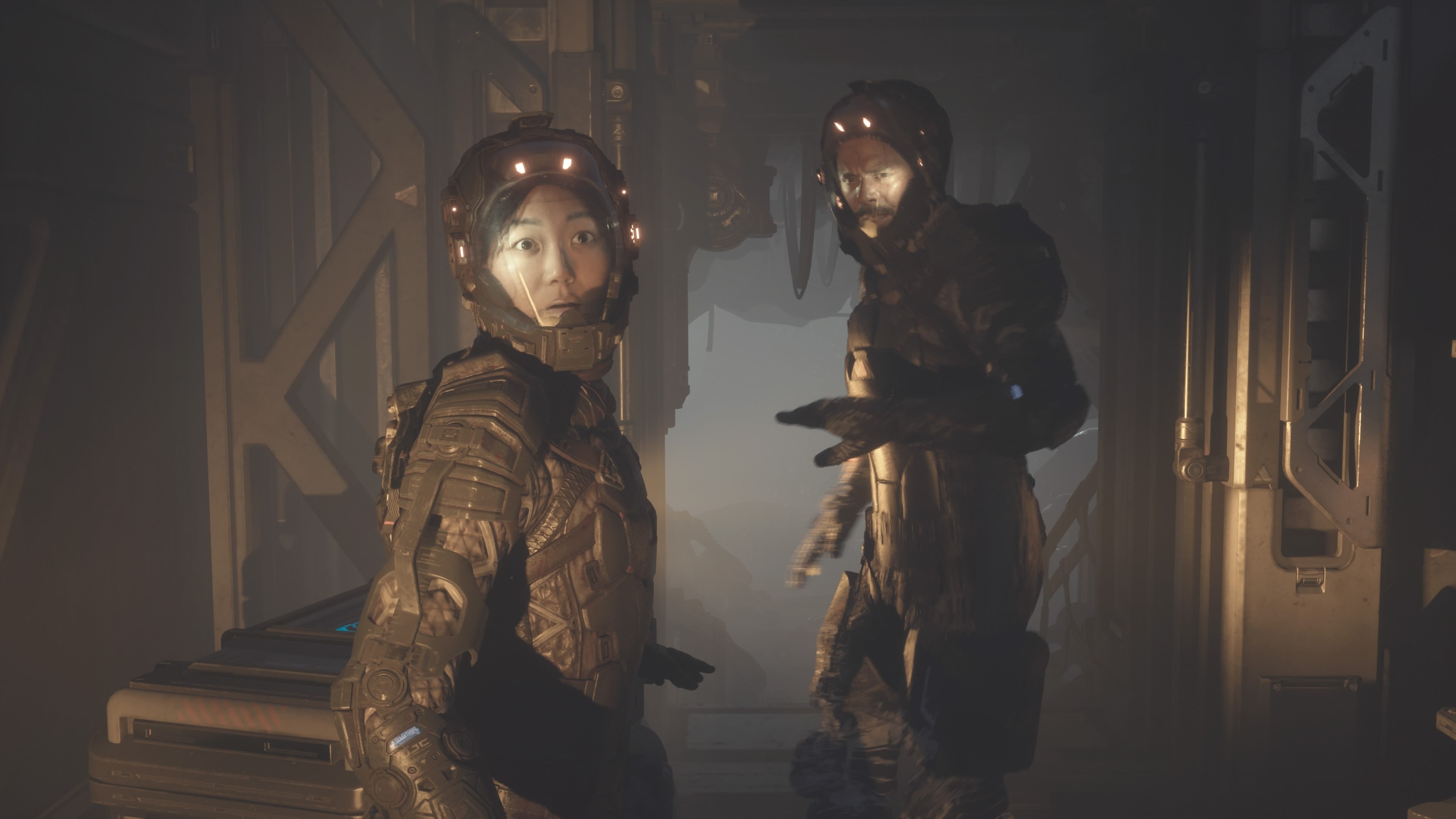 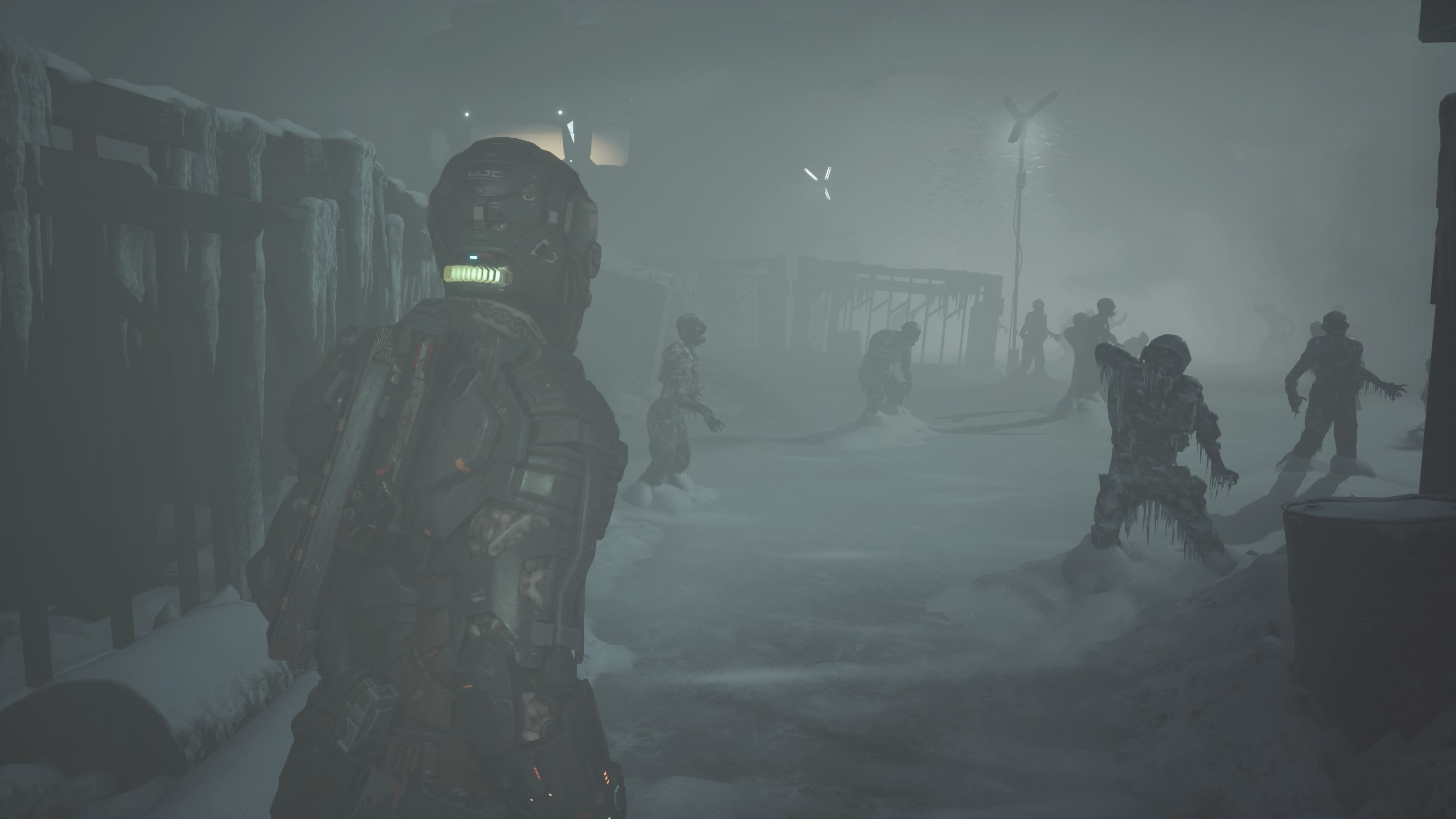 I also found the GRP twist on stasis to be sorely lacking as well. Too often I used it to pull enemies towards me only to run out of power, knock the zombie in front of me and get hit in the face. Granted, I focused on upgrading my weapons rather than my GRP, so that might be a problem on my part, but by the time I was halfway through, I was barely using my powers of telekinesis.

Perhaps most of all, what it misses the most is Dead Space’s sickening atmosphere and thrilling story. Guess that won’t matter to some – Callisto protocol has so many other things to do, it’s kind of rude to complain about that – but it’s something to keep in mind if you have to choose between the upcoming remake of Callisto and Dead Space and value storytelling above combat.

Ultimately, Callisto Protocol’s frenetic action and brutal battles have always impressed me in all the right ways, leaning into everything that makes Dead Space brilliant and building on that awesome setting. No, it’s not all good and no, it’s not as scary as I expected. But what if, like me, you walk into The Callisto Protocol thinking it’s a superficial facsimile of Dead Space? Well, not quite.