Good morning! Welcome to our regular column where we write a bit about some of the games we’ve found ourselves playing over the past few days. This time: hexes, inventories and space bombardments.

I’ve loved Loot Rascals ever since I first saw it. The colour! The wonderfully throatless faces! The HEXES!

It gets better from there. Loot Rascals is a sort of card-collecting roguelite fighting game, but in reality, it’s just a blast of humor and tactical precision. You walk around defeating enemies to get cards from them, allowing you to beat them better. There’s an element of timing, as different enemies attack first depending on whether it’s day or night.

But the cards are where it gets special. You have attack and defense cards, which is quite simple, and you organize them in rows and columns in your inventory, swapping old cards when you get better ones and decompiling useless cards for credits to buy things. Fine. But you can greatly increase your cards depending on how you organize them. A card can be boosted if it is in an even column, for example. Another could give the card a boost left or right. Another could reduce your points if they are in the wrong row.

I love games that encourage this kind of endless tinkering – games where the flow of cards means an arrangement can never be perfect – just perfect for the next few minutes. That’s why getting new cards in Loot Rascals always feels like Christmas – whether you’re on your first hour of play or your 100th. Simply lovely. (And best of all, I’ve only covered the absolute basics today: there’s so much more to learn.)

One of the many weird things about Playdate is that its best game to have fun with for a few minutes is actually an RPG.

Well, sort of an RPG anyway. Inventory Hero is kind of an endless runner, I guess, that has your hero jogging around and swiping bad guys. All you have to do is give them new armor and weapons – they all run out pretty quickly – and keep pouring the potions.

It is more complicated than that. Armor and weapons have different stats, so sometimes it comes down to knowing when not to equip something new. Then there are bosses that have their own quirks and junk that you need to get rid of to keep some free space in your inventory. It can be surprisingly difficult to determine whether to equip something or drop it when moving at high speeds.

Perhaps Inventory Hero’s deadliest enemy so far is the Rabbit. Get a few in your inventory and they spawn like, well, bunnies, quickly filling all the slots and preventing you from picking up anything else. Getting rid of them is like playing the mole. Hit a mole in an RPG? Kind of. Inventory Hero is a treat. 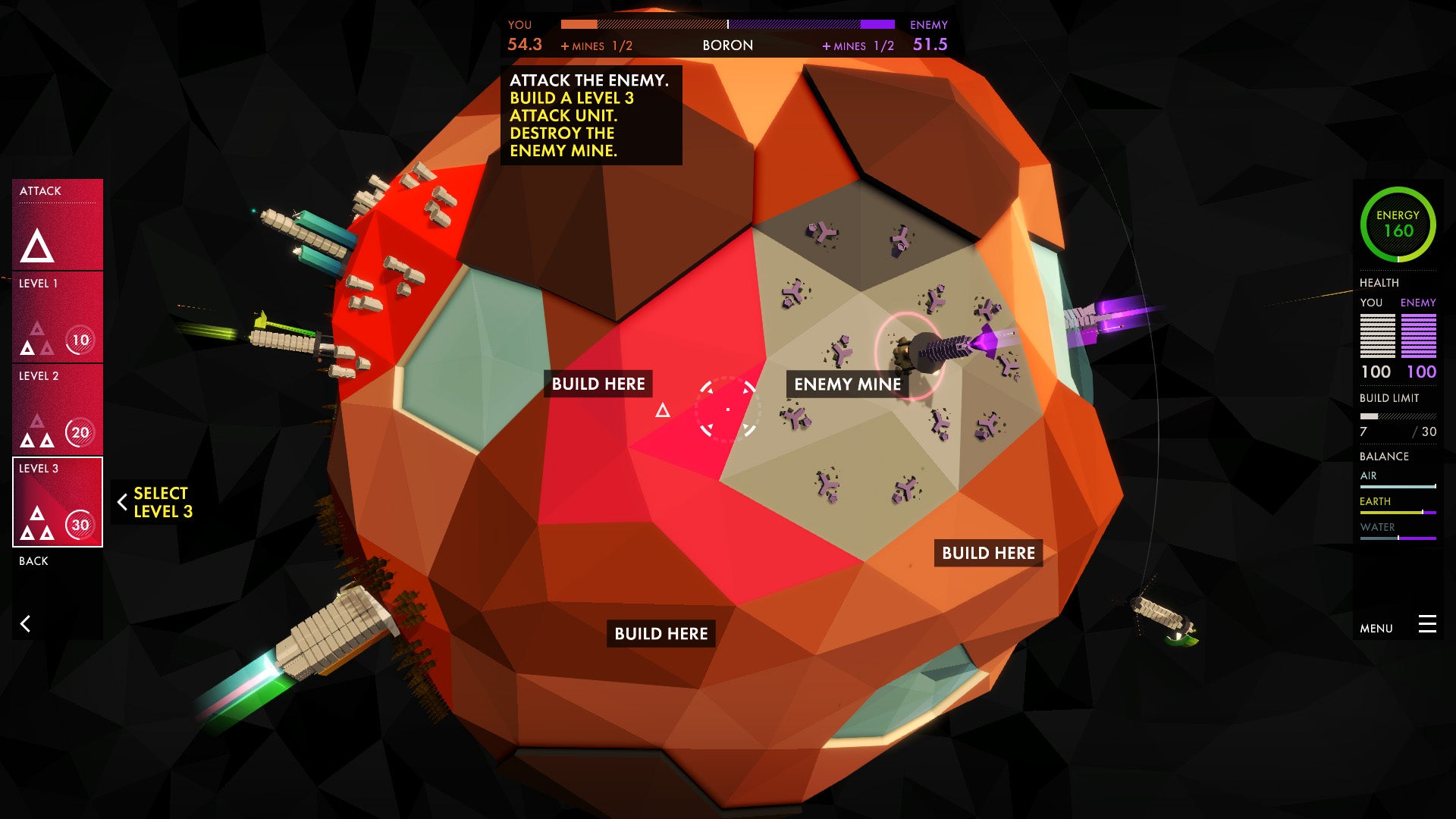 Element is also on PC

Element is an extremely neat kind of RTS that takes place on a planetary scale. You choose a corps in orbit, set up camp, start mining resources and keep an eye out for your enemy, before choosing the right time to eliminate them.

This is all so much more fun, for some reason, when played on a globe. When your satellites are truly in orbit, and when you can follow the trails of rockets as they pass overhead.

It helps that the low-poly art style is so sleek and the game’s sense of aggression is similarly heightened. Last time I played I realized the UI was based on the periodic table. Neat stuff. And exactly what I would expect from a game as balanced and intelligent as Element.